Technology is hard to define and sometimes a little frightening

I don't even know what technology is anymore, and that's weird given that my career is being a Technical Support Specialist. I guess I should clarify my statement. I know an iPad is technology. I also know that a computer is technology. But I failed to recognize Tesla as a technology company. I thought it was a car company. I have been corrected on this though. Tesla is a "tech" stock and not an "auto" stock like Ford or GM. Who knew?
Then their's Under Armour. Under Armour is not an apparel stock like Nike, even though Nike is the one it gets compared to most often. Nope, Under Armor is also a "technology" stock.

So I guess I shouldn't be confused about biological technology either. I read in Nature (the international weekly journal of science) about a semi-synthetic organism with an expanded genetic alphabet. If you're confused, here's a quote from the article that you can locate HERE:

"Organisms are defined by the information encoded in their genomes, and since the origin of life this information has been encoded using a two-base-pair genetic alphabet (A–T and G–C). In vitro, the alphabet has been expanded to include several unnatural base pairs (UBPs). We have developed a class of UBPs formed between nucleotides bearing hydrophobic nucleobases, exemplified by the pair formed between d5SICS and dNaM (d5SICS–dNaM), which is efficiently PCR-amplified and transcribed in vitro, and whose unique mechanism of replication has been characterized. However, expansion of an organism’s genetic alphabet presents new and unprecedented challenges: the unnatural nucleoside triphosphates must be available inside the cell; endogenous polymerases must be able to use the unnatural triphosphates to faithfully replicate DNA containing the UBP within the complex cellular milieu; and finally, the UBP must be stable in the presence of pathways that maintain the integrity of DNA."

To make a long story short, scientists have taken a plasmid and given it three base pairs. In nature, there are only two base pairs made of adenine (A), thymine (T), cytosine (C) and guanine (G). Let me make this clear: everything in the world...the entire "tree of life" that Neil deGrasse Tyson talks about on Cosmos...is born out of information encoded on differing arrangements of those "building block" bases. And science has just introduced two "new" bases and made pairs with them. 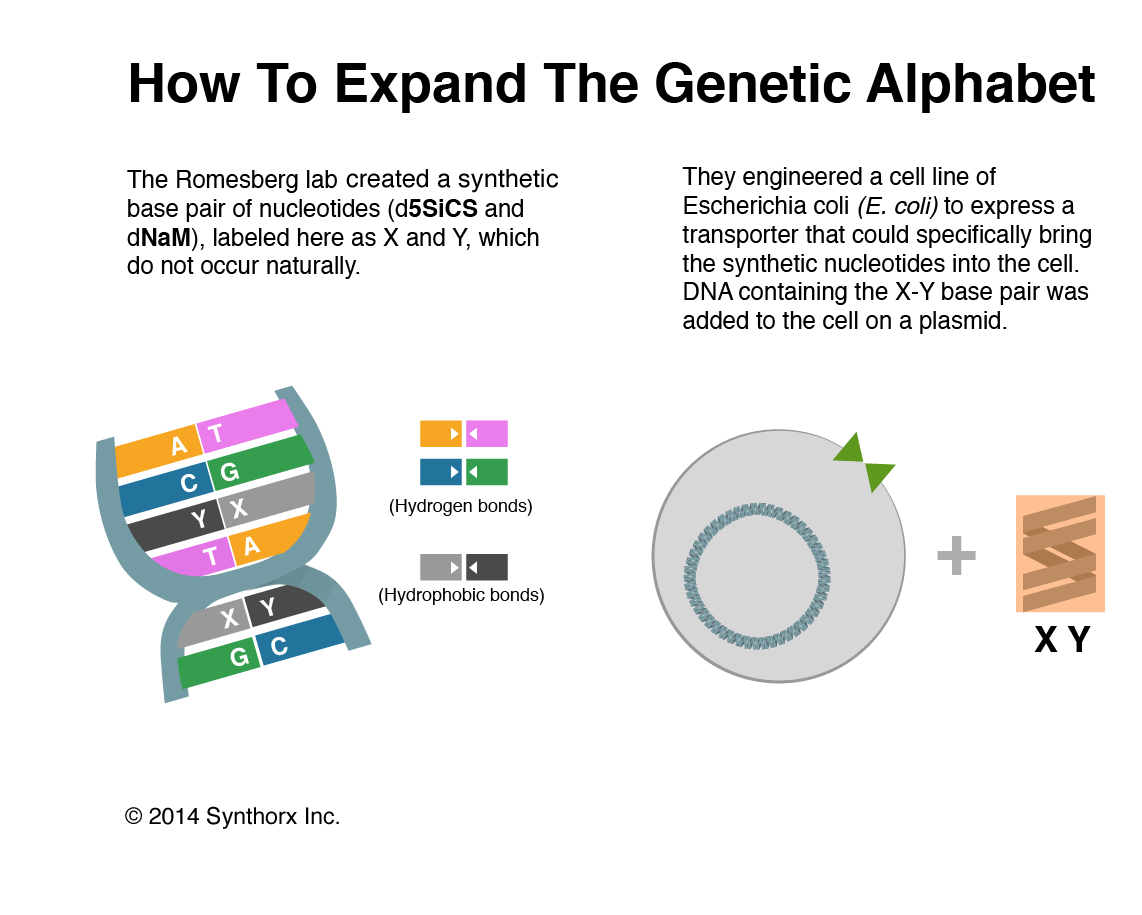 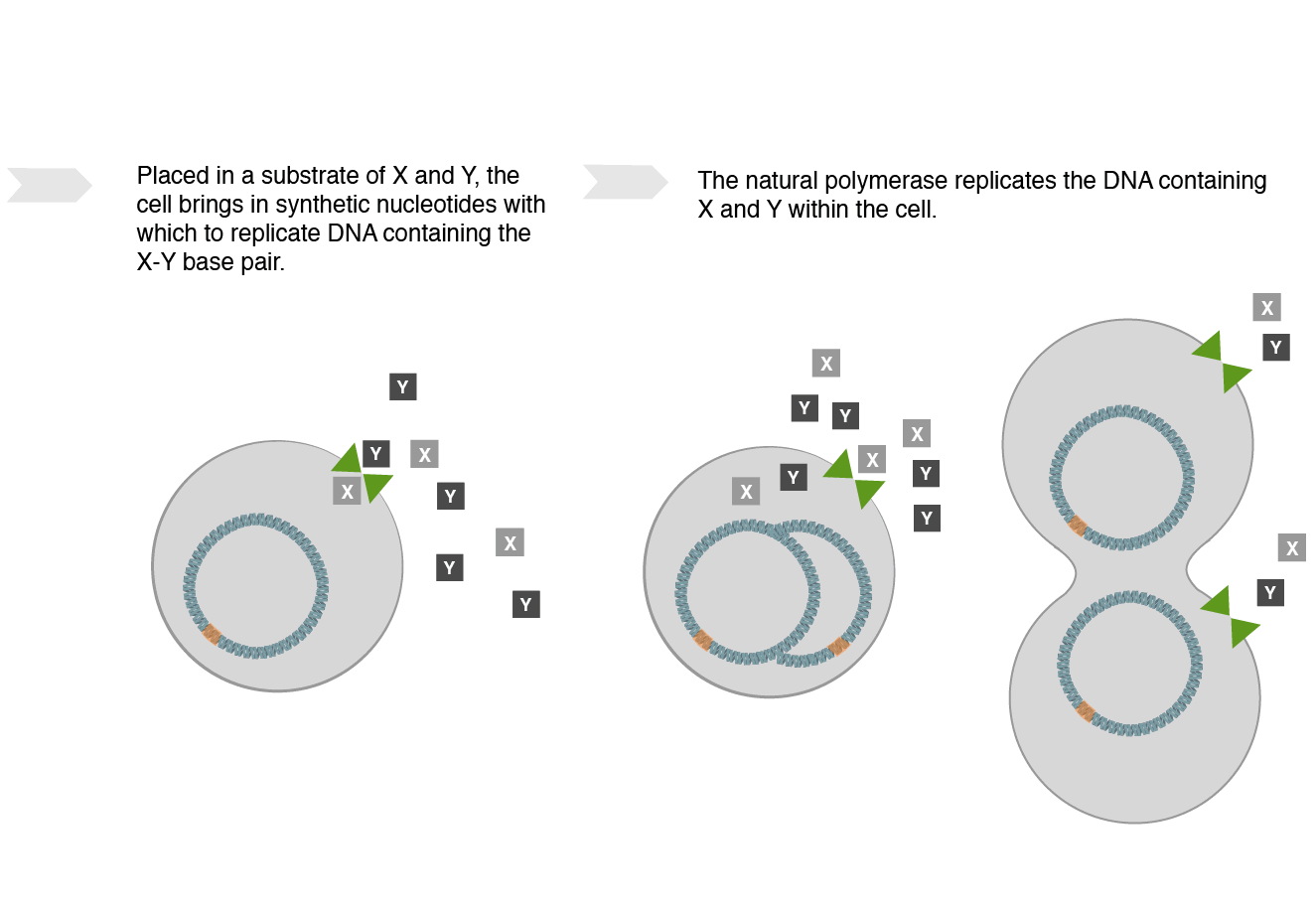 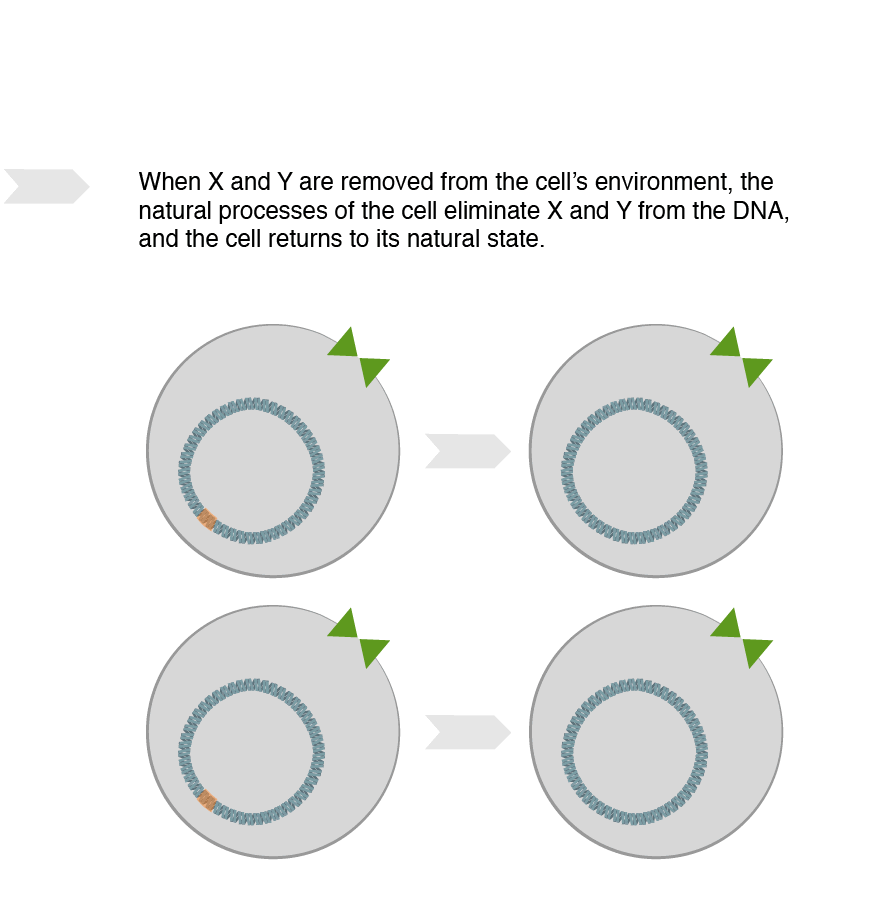 This, ladies and gentlemen, is technology. I seriously feel like quoting Steve Jobs right now. I know, I know, I've been on a Steve Jobs tear lately but the man had so many good things to say. So indulge me. Here's the quote: "Older people sit down and ask, 'What is it?" but the boy asks, 'What can I do with it?"

I feel like an old man here because not only am I asking "what is it?" but I'm a little afraid of the answer. And there's no part of me that wants to ask, "What can I do with it?" These third base pairs don't have any information on them. They are a blank slate waiting for scientists to encode whatever they would like to encode on them. Sure, scientists claim that by expanding the genetic alphabet, more data can lead to the development of new drugs, diagnostic tools, vaccines, and nanomaterials. And science fiction is replete with examples of fictional characters making claims like this. But from reading science fiction, we also know that something like this could also lead to weapons. Seriously, it's literally a tired old trope to have the military show up in some scientific lab and pose the question, "How can this be weaponized?"


I am reminded of J. Robert Oppenheimer, American physicist and man who is known as the father of the atomic bomb. Oppenheimer speaking in a 1965 television broadcast about the moments following the Trinity atomic bomb test said, "We knew the world would not be the same. A few people laughed, a few people cried. Most people were silent. I remembered the line from the Hindu scripture, the Bhagavad-Gita. Vishnu is trying to persuade the Prince that he should do his duty, and, to impress him, takes on his multi-armed form and says, 'Now I am become Death, the destroyer of worlds.' I suppose we all thought that, one way or another." You should watch this video because you can feel that he's not exactly happy about this. That's probably because he knew what he'd just done: ended the lives of hundreds of thousands of people.
When the United States dropped "Little Boy" on Hiroshima on the morning of August 6th, 1945, the Japanese had no idea what had happened. All communication with that city just ended. The fate of Hiroshima was a complete mystery until they had someone fly over there in an airplane to look out a window and tell them what they saw. Remember Dr. Ian Malcolm in Jurassic Park? "Yeah. Yeah, but your scientists were so preoccupied with whether they could that they didn't stop to think if they should."

In an article on io9 about this invention, author George Dvorsky said that the unnatural DNA has a built-in safety mechanism; the modified plasmid can only survive if it's fed artificial nucleotides required to replicate the DNA. My skepticism rears its ugly head in this gif:

I admit that my knowledge of genetics is puny. But some kinds of technology scare me because I don't understand them. That (and to be honest) there's a part of me that's learned to distrust humanity in general. Best intentions often go awry, and the world does not have a shortage of psychopaths the last time I checked.

Email ThisBlogThis!Share to TwitterShare to FacebookShare to Pinterest
Labels: Alien, It's Science, Prometheus, Science fiction can predict the future, Technology is hard to define and sometimes a little frightening, Tesla