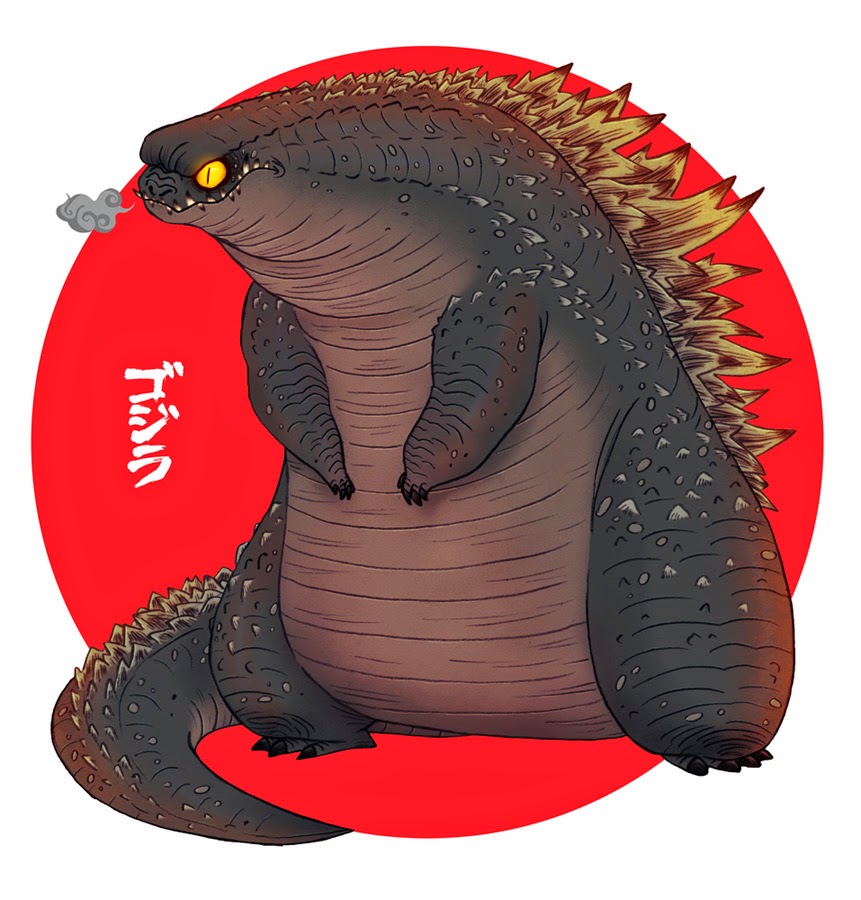 Seriously, I don't know why Japanese fans have been so vocal about this, but apparently Godzilla is too fat. I guess it's a moot point to say that no one can escape fat-shaming. Jennifer Lawrence recently got called a "fat actress." Chris Christie sees no end to fat jokes. The Time cover of him featured his profile and read "The Elephant in the Room." 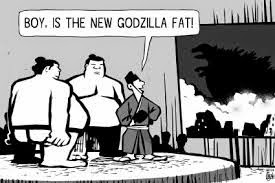 So why should Godzilla be any different? One Japanese fan said, "When I finally saw Godzilla, I was a bit taken aback." Other fans called him a "Godzilla deluxe" or that (because it's an American reboot) that he'd visited the "super size me" portions made famous in America cuisine.

I know this sounds funny that I'd be using Godzilla to explain my point of view on this topic, but the thing is, I hate fat shaming. I've been a target of it all my life, and I think overweight people are discriminated against constantly.

It's really easy to blame fat people for their own lack of control. But a lot of us have other health issues going on e.g. metabolism or insulin production. I also think there's a lack of fat characters as heroes in fictional stories. Author Pat Dilloway has a fat girl in one of his books that I've read, but she isn't exactly a hero. It makes me ask, "Why couldn't she be a hero?"

Godzilla may be fat, but he's a hero. I think there's plenty to be proud of in seeing a fat Godzilla. 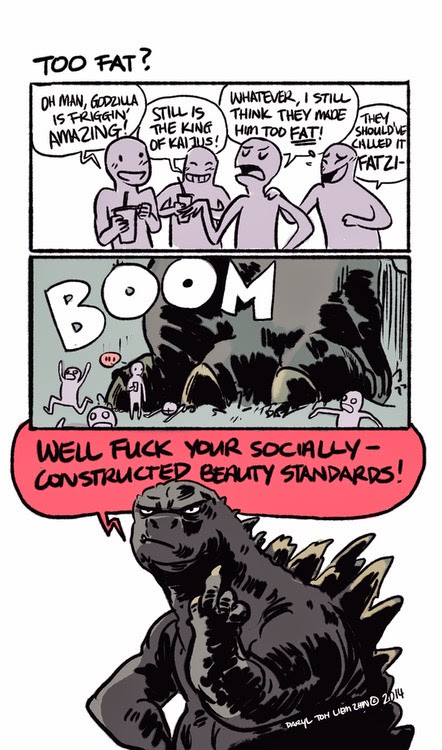 Posted by Michael Offutt, Phantom Reader at 7:06 AM