Interstellar shows that Christopher Nolan is an idealistic dreamer 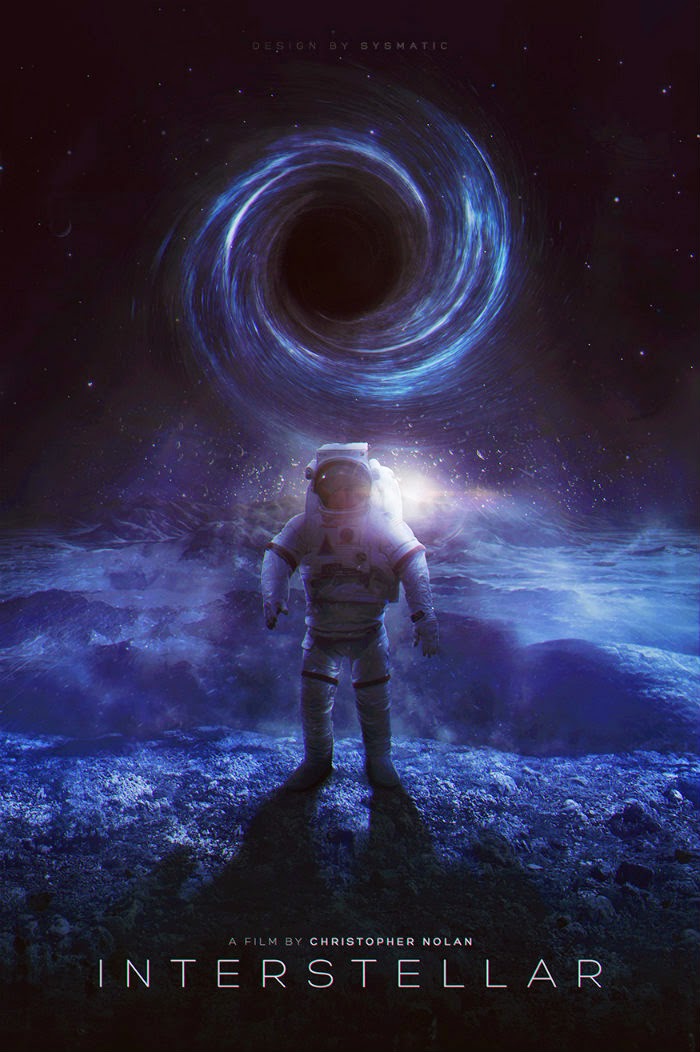 Interstellar looks like an awfully good film, and it's from the brilliant mind of director Christopher Nolan. The plot (from the trailer) seems to be that the world has run out of food and probably resources, and that in order to survive, humanity must embrace interstellar travel (because there are no answers in our own solar system). Michael Caine says in a voice over that "we must stop acting like individuals and act as a species." It's an interesting thought. But I have one question: is humanity even capable of this kind of togetherness? Let's face it, bullying exists for a reason. And where there's bullying (be it on the playground or religious folks ostracizing non-religious folks) the concept of togetherness takes a backseat to feelings of hatred and rage in response to oppression and abuse. Let's just look at what we have going on in the United States, defined as two words: resource scarcity.

The resource can be anything really. It can be time. It can be food, Most often (it seems) the resource is money. The thing is, what the hell IS money? Janet Yellen at the Federal Reserve can just slam her fist down on a button and print out trillions of dollars in bills. But why do those bills have value? We could try to answer what money is by looking at the most capitalist of icons: the United States stock market, and say "well money can allow you to buy stock in a company that provides a useful product to the world." Well yes, that's true, but that's only because a government (the U.S.) decided that the "dollar" is the official currency by which we do business. Furthermore, a company can price its stock at whatever it wants. If Apple wants its stock to be $600 a share then it's priced just that. If it wants its stock to be $40 a share, it splits the existing shares in just the right amount to arrive at that number. Voila...you've got stock that's now $40 a share. So is money or value even a real thing? I have trouble saying that it is. It seems to me like it's an illusion, a trick, a shadow on the wall. But it's something that affects our very lives.

Here's a statistic for you. Right now, there are twenty hedge fund managers who made more money last year with their combined salary than all of the kindergarten teachers from coast to coast made in that same time multiplied by two. I bet the Hedge Fund managers (who made money with other people's money) applaud themselves as super smart and better than the riff raff that is tasked to teach and look after their rug rats. Is there irony in this? Let's take a look at a more ordinary example. There is a person that I know right now who went through mental torment to leave a lucrative job with respect and responsibilities for a $3.00 an hour raise. He did this because he was bothered by the fact that someone he was expected to supervise would make more money than him. Interesting eh? It's like there was some kind of self worth attached to the almighty dollar.

I can't begin to understand the psychology behind inequality. I only know that the perception of resource scarcity brings out traits that will always have us acting as individuals and never coming together as a species. There is no reason why anyone in this country should have to go without anything. We have enough as a combined nation that were all the odds to be evened, no one would have to work long hours, go without medical care, and not have a great place to live. Someone might ask, "How, Mike, are we going to pay for that?" Well my answer is, "Why pay? Why not do it because it's the right thing to do? If all your needs are met and you have someone that loves you and you are cared for and loved and happy...why does a salary even matter?" It's a nice idea, but we all know that this will/can never happen. People are too busy being jealous of, hating on, and looking down upon other people.

As far as I can see, there's no reason that bullying should even exist. But the fact that it does exist (and will always exist) is a testament that there is a biological need that scientists haven't figured out yet that makes people unsatisfied unless they have more of something than another person. This "more" as I said before can be anything: time, physical prowess, money, love, attention, intelligence, respect, and on and on and on.

As much as I'd like to get on board with what Christopher Nolan is "preaching" in this trailer for his truly awesome-looking sci-fi epic, Interstellar, I think I'll walk away from it shaking my head and saying, "there's no way humanity could come together like he thinks it can." Humanity from my perspective seems uniquely hypocritical. We actually revel in inequality of all kinds (oftentimes embracing the emotion of schadenfreude) while publicly condemning it. The result? Nothing happens and nothing ever changes. I think a society is only functional as long as there is misery. Without misery, pleasure is meaningless, and a life without pleasure is a life not worth living.
Posted by Michael Offutt, Phantom Reader at 12:20 AM