On Defiance, inclusion rather than avoiding exclusion is the key to equality. Are you listening America? 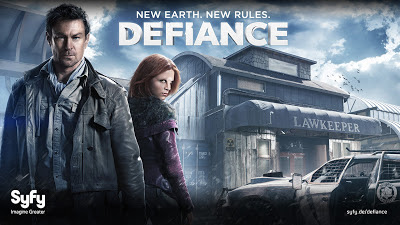 I happen to think that the mechanism that fosters inequality in America right now is a lack of inclusion, rather than a conscious avoidance of exclusion. And I choose my words carefully here.

As you well know, exclusion (or discrimination) is illegal in the United States when it comes to employment. However, inclusion (or favoritism) is not. It's also a lot harder to spot, but is almost universal in today's job market. Think about what I'm saying for just a moment.

You choose to help people who RESEMBLE YOU. The people who live in your neighborhood or attend your church or school. Whites help other whites. Blacks help other blacks. Mormons help other Mormons. Baptists help other Baptists. Jews help other Jews. Gay people help other gay people. That's just the way things are generally done. I'm not saying that this is either bad or good. I'm not making a judgment here. I'm just pointing out the obvious so that my next point is crystal clear. 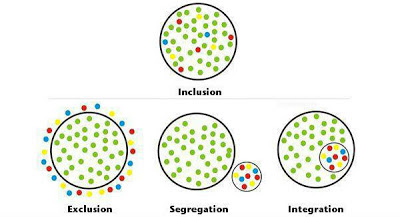 Monday night's episode of Defiance on SyFy called "A Well-Respected Man" is absolutely f'ing brilliant. To be clear, the plot was "meh." Here's the one sentence pitch for you writers out there: the mayor's sister gets kidnapped and she needed to find her. Exciting, right? But it's not the plot (or the one sentence pitch) that matters in this case. It's the character and "world" development, and how Defiance very skillfully plays its hand showing us that inclusion is the best way to surmount the ugly specter of inequality in all its forms.
In "A Well Respected Man," Amanda (the Mayor) gives her sister Kenya grief for being a prostitute. Of course to Kenya, she's like a duck with the "words words words" rolling off her back like so many droplets of water. Shortly after their verbal sparring, Kenya gets kidnapped by the Bioman; Nolan (in the role of Lawkeeper) along with Amanda must track her down. Since the Bioman is owned by Datak (a Casthithan), that's where they end up going to squeeze Datak for information.
A little background on Datak: he's been trying to achieve a level of respect equal to his power and wealth. He knew nothing of the Bioman's nocturnal activities, i.e. kidnapping people to harvest their adrenal glands for a synthetic drug that's apparently worth a lot of money (it also kills them, but that's just "collateral damage" in the pursuit of profit, right?) Anyway, he would have helped the Mayor (Amanda) just to be a hero, however, Datak and Nolan don't get along at all, and Nolan burst down Datak's door and drags him out into the street, treating him like a common cur. It really pisses Datak off. So Datak hands Nolan and Amanda some great lines about how the town uses him all the time but never recognizes him. It's all true. And that, Datak says, is the reason he won't help Amanda find her sister. Pretty awful eh? Hold on...it gets better.
Stahma (Datak's wife) slips out and tracks down Amanda in the dark. Stahma tells Amanda that she loves Kenya because 1) she calls her employees "Night Porters" showing Stahma that Kenya has pride in her prostitutes, and 2) Kenya ran up to Stahma the first time they saw each other in the street and hugged her. How is this at all good? Well, Kenya said something important to Stahma...something that she desperately needed. Kenya told her, "Datak is an amazing man. Thank you for sharing him with us." In Casthithan society, sex is pretty loose. But no spouse would be cool about their partner seeking physical pleasure elsewhere. Period. Kenya recognized this and turns the act of Datak visiting her brothel from "exclusion" to "inclusion" by acknowledging it. Brilliant? I say so.
Stahma (using this theme of inclusion vs. exclusion) carefully points out to the Mayor that Datak's immense pride has been hurt and in order to save Kenya's life (and secure Datak's help), Amanda needs to show Datak respect. What form will this respect take? Stahma tells Amanda she wants her husband appointed to the Town Council, which not only ups the political intrigue of the show as a whole, but hammers home the idea that inclusion is probably the best way to address discrimination.

Inclusion rather than avoiding exclusion is the road to equality in Defiance. I just wish more people realized this outside of science fiction, and strove harder to include others who are very different from themselves. Yes, Defiance is brilliant. And if you're not watching it, shame on you. I put it right up there with Battlestar Galactica. If you haven't heard of Defiance until now, watch this trailer. SyFy spent $100 million on season one alone.