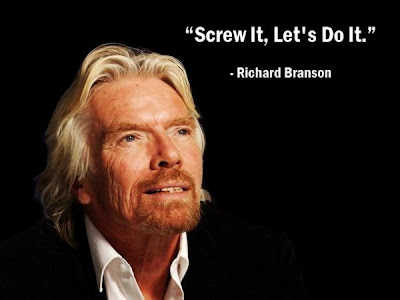 One week ago, Iron Man 3 came out and sucked up all the money in the world (or at least a good portion of it). Despite some of the misgivings I had regarding the poorly done adaptation of the Mandarin from comic book to film, I did leave the theater once again in awe of the absolute wealth wielded by Tony Stark. For example, I loved his Malibu home. It's incredible and decorated exactly how I like: bold, new, and contemporary. I love his fast cars, snarky "screw it, let's do it" attitude, and I admire the way he could have all of his toys completely destroyed and it doesn't stress him out one bit. Seriously. It's because he's got so much money, he could care less. That in itself is just awesome. When a person reaches that level of success, they literally have "F U Money," a term I coined to describe the fact that you are "beholdin'" to no one in the world.

I can't even imagine being able to say these lines (but it would be cool if I could): "Eh? My $100 million dollar house got blown up? Dangit. Pepper get another one built while I go on vacation to Catalina. And schedule me a massage, and buy me a new fleet of cars. Those other ones were the wrong color anyway."

So I started to think? Is this at all realistic? Are there real life men out there that wield this kind of wealth and power? Yep. The first person that comes to mind is Richard Branson of Virgin Group fame. 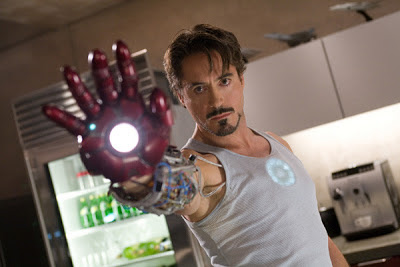 Richard is British, so that automatically puts him in the group of men on which James Bond may be modeled, and he's got a brand that's both sounds sexy and simultaneously houses more than 250 companies. Under the Virgin umbrella you'll find travel, publishing, mobile phone service, wine vineyards, health clubs, etc. He owns the world's first commercial spacecraft under Virgin Galactic giving ordinary people like you and me the opportunity to see space for a mere $200,000 a ticket. He owns his own island, offers millions of dollars in prize money to "green" projects that have to do with removing greenhouse gases from the atmosphere, and has plans to travel to the deepest points of all five oceans via Virgin Oceanic.

So yea, I think if Tony Stark were real he would look a lot like Richard Branson. It also begs the question (because I'm a writer), when you write about a larger than life character, do you model it after someone in real life?

Did I make my case? Agree? Disagree? Leave your opinions in the comments and have a great weekend :)
Posted by Michael Offutt, Phantom Reader at 12:07 AM