I like comic books just like most other people (well maybe not as much as George R.R. Martin). However, I have to remind myself from time-to-time that comic book movie adaptations should have an open license to do anything with the characters, and I shouldn't complain. 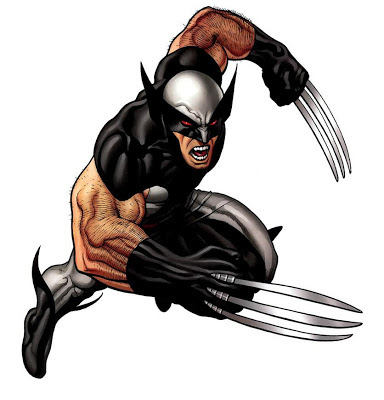 Why would I say this? Well for starters, over time comic book writing is some of the worst that there is. Take Wolverine for example. I'm looking forward to the new movie, so I brushed up on some of the history on this character. After I did so, I came to the decision that I honestly don't care where the movie goes as long as it has a self-contained story that makes sense and has good action scenes. Here's Wolverine's history as it's evolved over time (I'll let you be the judge):

1) Wolverine was originally meant to be an actual wolverine turned into a human by the high evolutionary. His claws were part of his gloves.

2) The claws became implants created by Weapon X, and he was a mutant.

3) Someone decided he was meant to be Sabertooth's son.

4) Someone decided he had bone claws all along and they just got covered over with adamantium. Magneto exposed this by ripping all the adamantium form his body which made his regeneration insane (see number 6).

5) In the present incarnation, he isn't a mutant. He's a Lupine, which is a human-looking species that evolved parallel to humans but from wolves and not apes. There are two tribes of lupines: blond and dark-haired. They hate each other, hence Sabertooth vs. Wolverine being in conflict all the time. Other Lupines include Wolfsbane, Feral, Wild Child, and Thornn. All of them are manipulated by an elder Lupine called Romulus.

6) Originally he could heal faster than most. It evolved into an uber superpower so that at one point, he was left as a skeleton from an explosion and healed completely within seconds. To set limits, every time he dies, Wolverine had to fight the Spirit of Death to return to the living. And then they got rid of that, so he doesn't have to do it anymore. But now if he dies, this time, it's the real deal! *shocked face

And you can do the above analysis with any serialized comic book character. Spiderman, Hulk, Superman, Wonder Woman... Every single one of them from Jean Grey to Dr. Fate is a complete hot mess. And let's not even get into how every single female character now has rape in their background because "rape" makes female characters "edgy." At least that's what writers think. "Let's put a rape in the background and that explains why she's all doom and gloom now."
To anyone that reads and appreciates good writing, comic book movies will always be better than the actual serialized comics. Yes, I said it. I don't care how bad the movie is either. Just look at the complete and utter mess Wolverine is and try to argue with me. You can't. You'll just lose.

Seriously, anyone who pokes fun at George Lucas for tampering with Star Wars over time and yet loves serialized comic books has nowhere to stand. If you're one of these people, you're a complete hypocrite. The plot holes, the continuity problems, the stuff that plain just doesn't make sense at all is the reason why comics for the most part are just examples of the most awful commercial writing available. However, because all superheroes come with six pack abs, sexy bodies and big tits, and action scenes rife with special effects, they will always make billions of dollars. That being said, I'm looking forward to the new Wolverine movie. Here's the latest trailer (it hits theaters July 26th):

Posted by Michael Offutt, Phantom Reader at 4:22 AM