According to sci-fi super magazine io9, San Diego Comic Con 2012 is set to be overwhelmed with fantasy picks this year, chief among them are legions of George R.R. Martin fans followed closely by Hobbit buzz which is filling in the gap for Star Trek 2 (which is absent this go around).

Now, I started to look at the titles of all the things that are going to be there, and I saw the following list:

TELEVISION:
- The Legend of Korra
- Game Of Thrones
- True Blood
- Once Upon A Time
- Vampire Diaries
- Adventure Time
- Dreamwork's Dragons: Riders of Berk (the TV show version of How to Train Your Dragon)
- Teen Wolf
- 666 Park Avenue
- Supernatural
- Once Upon A Time
- Beauty And The Beast
- Grimm
- Merlin
- Being Human
- American Horror Story (not confirmed) 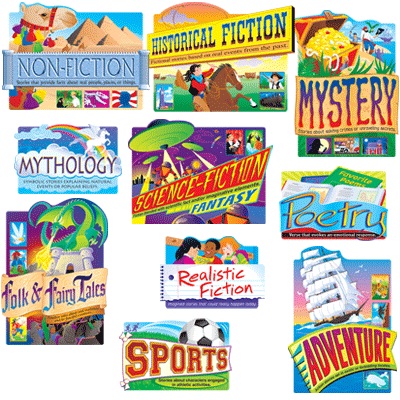 It gave me pause to think...what exactly is fantasy? Is science-fiction just another flavor of fantasy in which there is pseudo-scientific techno babble instead of pseudo-Latin sounding spellcasting? Can "Twilight" be called a fantasy? What about the "Evil Dead" remake? What about the fairy tale shows like "Once Upon a Time" and "Grimm"? Maleficent is a dragon but it's also a repackaging of the "Sleeping Beauty" fairy tale.

"Merlin"...yes that's a fantasy. So is "Game of Thrones" and "The Hobbit". But none of these others seem to fit the type of fantasy that I have in my mind. The kind that has a medieval setting with knights, wizards, and dragons yet tries to hold to the authenticity of a world and is not structured from anything written by the Brothers Grimm or Hans Christian Anderson.

I struggle with genre labels. I labeled my own book as science-fiction because it has techno babble galore, and some spaceships, and super cities, and some neat gadgets. There is no magic in it though. But you could kind of call what Jordan does as "magic". However, I use scientific mumbo jumbo to explain why it's happening so that makes it more science-fiction, right? The protag is 17 so that counts as young adult right? But not really, if you see what happens to him in the story.
One elitist snob on Amazon that absolutely hated my book said, "Now I guess if the reader likes a lot of spirituallity mixed up with their science fiction, it may be just fine. But to me it just sounded ridiculous and pulled it down..." I wanted to respond to this person and ask, "What exactly do you think science-fiction is? What exactly do you think fantasy is?" I'm sure the response would have been "Science fiction should only happen where the main characters are a man and a woman and in space (and barring that please god don't let them get together and get busy because it's blasphemy I tell ya...)"

Humor aside...I think that there is a strange kind of nonsensical, non-logic that flows through the minds of some of the elitists of science-fiction and/or fantasy. It's similar to the kind of nonsensical, non-logic that occupies the minds of those who oppose gay marriage. Maybe the writing and plots have gotten so weird and crazy as authors and writers seek to distinguish themselves with an original idea, that boundaries in fiction essentially no longer exist with the lone exception being that of the obsessive compulsive elitist with boxes clearly labeled for organization and consumption of stories.

In other words, I think that "Twilight" and "Being Human" are now as much science-fiction and fantasy as "Ender's Game", "Dune", and "Foundation". "Harry Potter" IS science-fiction. "Battlestar Galactica" IS a fantasy. They are two sides of the exact same coin.

As for me, I'm going to keep churning out stories for the time being that infuse spirituality with scientific techno babble that no one understands anyway. I'm going to do it until I grow tired of it and then move onto something else.

My question to you is, would you agree that paranormal, cyberpunk, medieval fantasy, science-fiction, steampunk, horror, dark fantasy, and countless other similar genres are now all blended and stuck on the same coin?

How do you categorize what you write?
Posted by Michael Offutt, Phantom Reader at 7:23 AM

Email ThisBlogThis!Share to TwitterShare to FacebookShare to Pinterest
Labels: Categories for fiction, Discussion of Science Fiction and Fantasy, San Diego Comic Con 2012, Science Fiction News, Slipstream, With regard to genre are you an elitist snob, Writing