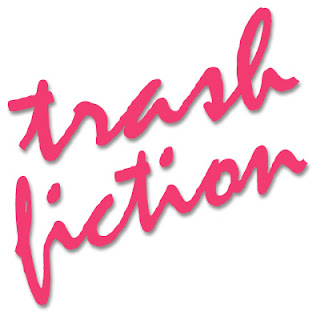 The website io9 recently did an article on the golden age of trash culture, and I couldn't agree more. You can read the whole article HERE. In the TL;DR version, basically "there is more corporate-funded trash being unleashed on the public than ever before... and meanwhile, there's a huge wave of new-media trash coming as well."

Isn't it glorious?
With free books and or 99 cent offerings on kindle, we have access to wafer-thin characters in just about every paranormal situation you could shake a stake at. The rise of erotica with such offerings as Fifty Shades of Gray and the subsequent sequels are plain awesome. Plus you can read smutty books on the kindle in the subway or on the train because no one can see what you're reading so you don't have to be embarrassed by the fact that you're secretly into whips and chains or possess bizarre sex fetishes.

On television insanity rules. Basically, nothing is too insane or too out there. Really, writing has broken through a boundary where you can literally string together a story from four random dice rolls (roll twice in the first section) and it seems to work. Example:

1 Takes Newt Gingrich to a moon colony.
2 Saves the world from Goatzilla
3 Pimps minors out for sex
4 Finds a duck with super powers and prevents an alien invasion
5 Wins a game show in a post apocalyptic setting
6 Gets married.

I don't think these kinds of stories could have ever had a place in the 80's or the 90's because people would see through them. But now...bring it on baby. Just look at True Blood. I'm addicted to this show which has about as flimsy a writing as anything. In Sunday's episode, a guy talks to Bill Compton and gestures at a book. He says, "Do you know what this is?" Bill answers, "It's a Bible." But then goes on to say that it's not "THE Bible" but the "original testament"...you know...the vampire Bible and then they go on to say how vampires came first and were really god's children and how Adam and Eve came later and it just shows how humans were meant to feed vampires.
What did I think of that background? It was both brilliant and incredibly stupid trash and I loved it. The mire of bullshit that flows from writers these days is awesome. In our trashy culture...pure bullshit reigns. You can explain anything away in your plot--plausible no longer matters, just make it up. For television and movies, you don't even need to script it. This kind of thinking can be done on the fly as long as it sounds clever. And being random is now king.
Random characters (like those in the above picture) are key to trashy stories. Have you seen Jersey Shore? Random is that cast's bread and butter. That and tanning, big bewbs, and tequila.

From the article, io9 points out that Michael Bay is one of the greatest film makers alive. Have you seen a Michael Bay film? All you need are explosions. That's it. Check out one of the greatest moments in last night's True Blood episode. Jessica (the red-head) gave Steve (a former religious pastor) a "Fang Boner" by describing Jason Stackhouse's butt and cock to him and offering to sell him for $20,000.00 since she technically has the rights to Jason's body. How is this at all great television? I have no idea, but I'm glued to the screen like millions of other watchers in America every Sunday with our bowls of Cheetos and our guts hanging out over our belts muttering, "damn...this show is GOOOOOODDDD. Mmmmhmmm."

So writers...WRITE MORE TRASH! WE NEEDSSES IT. There clearly isn't enough. Twilight, as an example, is getting rebooted by Lion's Gate because they don't want to lose their cash cow. Yep, they are going to cast a whole new group of people right after Breaking Dawn, Part Two shatters records this fall.

I can't wait. I hope they get a better looking Edward. #JustSayin
Posted by Michael Offutt, Phantom Reader at 1:48 AM