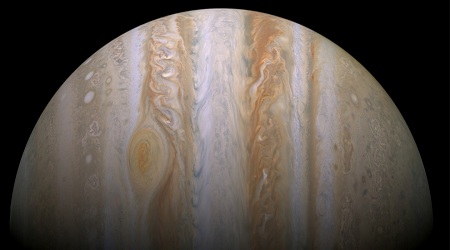 The famed Wachowski's that launched the Matrix franchise and brought us such awesome shows as V for Vendetta have a new project called Jupiter Ascending. Here's the synopsis for it, and I'm rather intrigued:


In a universe in which human beings are just the Cro-Magnons of what beings can ultimately go on to become in the galaxy, higher forms of life are watching us from other planets and moons.

The unlikely heroine is a Russian immigrant who is busily scrubbing toilets for a living. Unbeknownst to her, she actually possesses the same perfect genetic makeup as the Queen of the Universe and is therefore a threat to her otherwise immortal rule.

The evolved beings fall into various different groups, all of which share some human DNA but who have over centuries been bred with animal DNA to heighten their best characteristics-e.g., soldiers getting their fearlessness, strength, and a pack mentality from wolves; workers getting their industriousness and reputation for diligence from bees.
Pretty soon, a bounty hunter of the evolved-being type is dispatched to dispose of the genetically blessed cleaning lady, but, as you'd expect with a Matrix re-dux, they fall in love. And for having fallen for his target, the bounty hunter gets targeted for extermination.

What do you think? I believe they have another hit on their hands...