Why I Can't Wait For Michonne 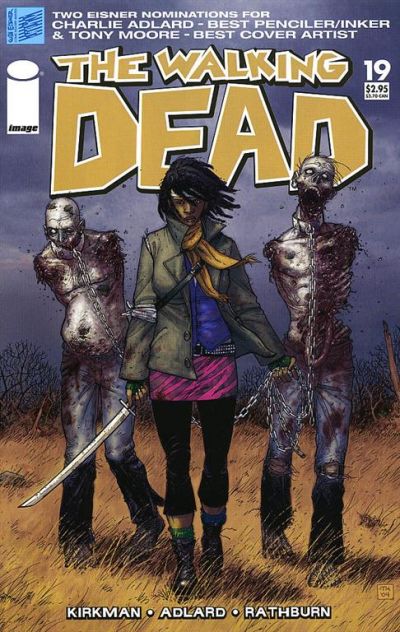 This mysterious black woman on the above cover is Michonne (pronounced ME-SHAWN). Her weapon is a katana and she's an expert at using it. This is her grand entrance which doesn't show her wearing a hood.  All badass people wear hoods. She shows up with two shackled zombies that she pulls along with a chain, one of whom is her former boyfriend and the other was his best friend. She cut off their arms and lower jaws to make them docile and unable to harm her.

Frank Darabont has confirmed that Michonne will be in the series but perhaps not until season 3.  Stephen King has also been signed to write one episode.

I leave you with more shots of Michonne who is arguably going to be the most badass character in any television series presently showing on any network. 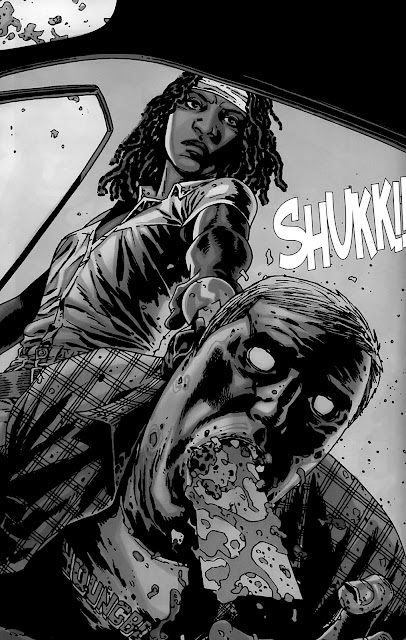 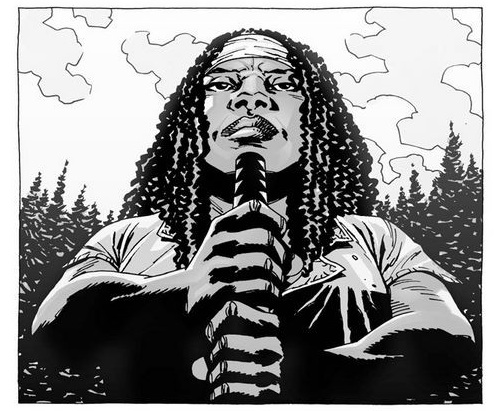 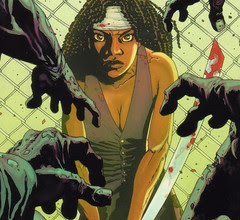 Posted by Michael Offutt, Phantom Reader at 1:02 AM