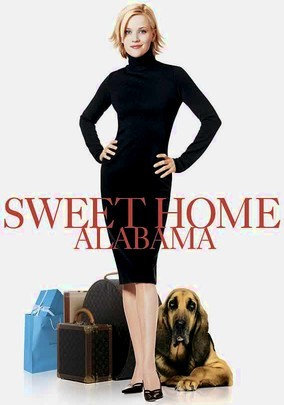 "Sweet Home Alabama" (the movie) came out in 2002 and remains one of my favorite romantic comedies of all time. I just love the story and everyone is just absolutely perfect in it. But one of the best scenes in the movie is when the whole thing comes full circle, and Reese realizes that the one love of her life is now a successful glass blower selling fulgurite sculptures in his shop. What is fulgurite you might ask? It's what happens when lightning strikes sand. At the beginning of the movie, two kids are kissing on the beach, and lightning strikes a metal rod that sticks out of the sand, creating a breathtakingly beautiful glass sculpture.

Now, fulgurite is never as pretty as it is in the movie "Sweet Home Alabama." But that hasn't stopped it from cropping up in the popular CW show "Supernatural" as an ingredient to summon "Death" or from new age hippies finding it on beaches to make cheap jewelry that they purport is infused with "magical energy." It's even in the horrible Hillary Swank movie "The Reaping" as fulgurite wind chimes.

Who could have predicted that "Sweet Home Alabama" would make fiction writers obsess over fulgurite for more than a decade?

Sometimes I think there's this collective unconscious of fiction writers out there who are so driven to be "original" that they all go in search of something weird that supposedly "no one" has used before and it all channels down to one thing that everyone IN FACT uses. In this situation, I think fulgurite has been picked over for ten years in just about anything that has to do with paranormal stuff.
I mean...fulgurite is one of those things that logically, I should know nothing about. Yet I'm completely informed about it because it's in basically every show that I've watched because paranormal fiction is so hot (and has been hot for about a decade). Like you don't even need to explain what it is to me anymore (and I'm thankful that I saw "Sweet Home Alabama" years ago because that explanation is part of the love story).

If someone name drops "fulgurite" I'd be like "Oh yeah...the Winchesters used it to summon 'Death' in this one episode and then in last week's episode, Dean learned he could get 'fulgurite' in a new age shop and oh Hilary Swank had it in 'The Reaping' but it isn't as pretty as the one that was in 'Sweet Home Alabama'...I TOTALLY know what fulgurite is girlfriend..." and I'm sure that the person I was talking to might be mortified because I just took something that they thought was original and showed them...no...it's been done to death and you really should think of something else :(

I sorry. Anyway, now you too know what fulgurite is. May you find some on the beach and remember the words from "Sweet Home Alabama", the show that gave us the best version of fulgurite:


"[T]hat's what happens when lightning strikes..."

And in a love story, a lightning strike is the most important thing. Have a great weekend.
Posted by Michael Offutt, Phantom Reader at 12:26 AM

Email ThisBlogThis!Share to TwitterShare to FacebookShare to Pinterest
Labels: fulgurite, It's Science, Sweet Home Alabama, Who could have predicted that Sweet Home Alabama would make fiction writers obsess over fulgurite for more than a decade