A Grand New Age of Boom or Dust? M. Pax is the new Joss Whedon

Boomtown Craze, Book 3 in the Backworlds series is here!

In the far future, humanity settles the stars, bioengineering its descendents to survive in a harsh universe.

To secure his future, Craze must propel his world into a more prosperous era. Only days away from the grand opening of his new and improved tavern, he is confronted by a loony Backworlder intent on mucking up his plans. Gaunt and trembling, she claims her spaceship is possessed. She also has a connection to the underworld that shakes loose the dark past of one of Craze’s closest friends. It all threatens to end Craze’s prosperity before it begins.

Meanwhile off world, Captain Talos works desperately to outwit the mercenary Jixes and lure them away from his and Craze’s budding prospects. The mind-control weapon Talos uses against them is wearing thin, and his next move may be his last.

Will Craze and Talos’s efforts bring about a grand new age of boom or damn them to forever struggle in the dust?

Available in ebook at:

AmazonUS / AmazonUK / B&N / Smashwords
Other Outlets can be found at http://mpaxauthor.com

It will also be available in paperback from Amazon shortly. 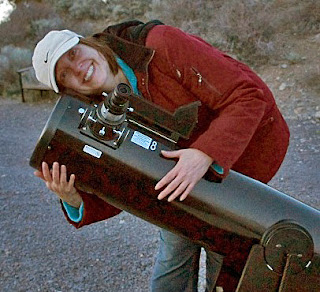 M. Pax is a Browncoat and SG fan, she’s also slightly obsessed with Jane Austen. In the summers she docents as a star guide at Pine Mountain Observatory where the other astronomers now believe she has the most extensive collection of moon photos in existence. No fear, there will be more next summer. She lives in stunning Central Oregon with the Husband Unit and two lovely, spoiled cats.

From March 4 to March 22, folks can enter to win the following:

Facebook:
Miss Firefly? Try the Backworlds. Book 1 is FREE for all ereaders. Life on the galactic frontier. Will it be boom or dust? Boomtown Craze, Book 3, is now out. WIN books. Paperbacks and ebooks up for giveaway http://mpaxauthor.com/boomtown-craze-launch-party/
Posted by Michael Offutt, Phantom Reader at 12:01 AM