Lord of the Rings: The Rings of Power is a $400 million dollar story made from footnotes and appendices. 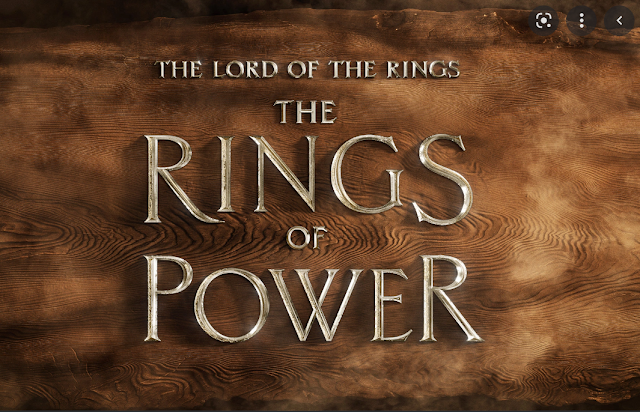 Today I learned that The Lord of the Rings: The Rings of Power does not have the rights to The Silmarillion. I was like...what in the hell? I guess the rights to Tolkien's properties are complicated. What they do have are the rights to the Lord of the Rings trilogy, all of its appendices that go with it, as well as The Hobbit. So, the appendices cover a good amount of the Second Age. Additionally, I guess the showrunners were allowed to ask to use certain elements from the other books (or to get permission) if even one name was (for example) mentioned in the appendices. In other words, if a person, a place, or an event is referenced in the Lord of the Rings or The Hobbit in any way that they were allowed to use all of the connecting details that appear in The Silmarillion. However, they couldn't use anything that appears solely in The Silmarillion.

This is a really weird way to spend $400 million dollars (the cost of the first season). I'm a little in awe that someone would greenlight a show adaptation from what are essentially scraps and footnotes, when there are entire novels out there written by other fantasy authors that are relatively cheap (in comparison) to get. I understand that The Lord of the Rings has name recognition. However, there are a lot of fantasy stories out there that are just as good if not better in their overall story.

All that being said, there are additional considerations that I would have had if it was my $400 million being invested in this thing. For example, I've noticed online that this series (it isn't even out yet) has become something of a lightning rod for folks who are mad because there are strong women and non-white people being represented. This means that the series will start with a lot of bad will (assume that half of the United States is basically racist). Even if the series is good, it runs the risk that this "bad will" could spread online and infect even non-racists and non-sexists. To simplify, if the series ends up not being all that great of a story because it is drawn from appendices and footnotes, there will be huge arguments that state (wrongly I might add) that the show exists to showcase diversity and that therefore the problem is diversity.

We live in interesting times, folks. I am looking forward to The Rings of Power. It's going to be here soon.

Posted by Michael Offutt, Phantom Reader at 7:29 AM

Email ThisBlogThis!Share to TwitterShare to FacebookShare to Pinterest
Labels: Lord of the Rings, Lord of the Rings: the Rings of Power is a $400 million dollar story made from footnotes and appendices