Has anyone else noticed that a lot of Asians seem to have Europeans placed on a weird pedestal? 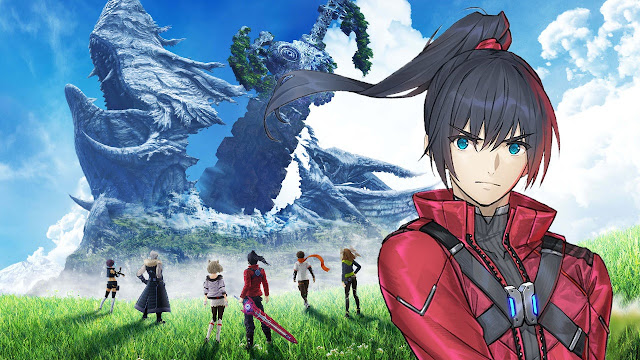 Xenoblade Chronicles 3, which is a game for the Nintendo Switch, recently became available. I've read that it is a pure joy, and it's made me want to play it. I've also read that it's another game where the anime-like characters all have British accents. I've wondered about this phenomenon a lot. I suppose that part of it is obviously marketing to your audience. But being a Japanese American (my mother was born in Tokyo), I just want to say, the entire time I knew my mother she wanted to be British and/or European. She never wanted to be Japanese. This never struck me as strange. But now that I'm 51 (I recently had a birthday), I'm starting to realize that she wasn't alone. There are a lot of people in this world who long to be British and by extension...European. And at the same time...I'm starting to think that it is strange.

You see it in architecture choices, you see it in the way people decorate their homes. I've been in a lot of Asian homes that used a kind of gold on white color scheme, which is called French Provincial. This term, in case you are unaware of it, refers to furniture produced in smaller French cities that was mostly white and gold in the 18th century.

Anime characters rarely have the eyes of someone from Asia (meaning that they are almond-shaped). Rather, they tend to use European-style eyes, especially on the male characters. So where does all of this come from (assuming for a moment that I'm onto something)?

I wonder if it is an extension of colonialism. In previous centuries, the British empire (especially) practiced colonialism around the world. In short, this was a domination of a people or area by a foreign state or nation. They occupied these lands with settlers, and they exploited the area economically for their own gain. Japan to my knowledge wasn't ever colonized, but they were conquered after World War 2 by America, and America and its British parents have been in lockstep through a majority of America's history (once the parent nation realized that its child had drawn boundaries they couldn't really mess with).

I know this is sloppy history, and it's not meant to be any kind of official history lesson at all. History is complicated, and I'll leave it to the professionals whom I respect very much. But my point is that I wonder if there is a kind of collective self-deprecation that happens to folks who are non-European that makes them create stuff like anime characters with British accents. Or maybe my observation is just flawed, with a sample size that is too small. So I guess I'll leave this topic with a question: has anyone else noticed this? Like...has anyone else seen Asians in particular seeming to emulate Europeans instead of embracing their own culture? And if you have noticed this, why do you think this is happening? Do you think it is just marketing to an audience? Or do you think that Asian nations have placed Europeans on some kind of weird pedestal?

Posted by Michael Offutt, Phantom Reader at 7:25 AM

Email ThisBlogThis!Share to TwitterShare to FacebookShare to Pinterest
Labels: Has anyone else noticed that a lot of Asians seem to have Europeans placed on a weird pedestal, Xenoblade Chronicles 3