Why did Bennioff and Weiss mess up Highgarden so much?

It's been a year since the series finale of Game of Thrones. It did end with a dull thud, and no one I know even talks about it. I've said pretty much all that I've wanted to say about it in multiple posts, but there are still a few things I think about from time to time.

Today, I'm wondering why they messed up the appearance of Highgarden so much. In the show, it was a bleak, unforgiving fortress. In the books and in statements from the Tyrells and others, Highgarden was a beautiful place. It was lovely to behold, surrounded by the fertile fields of The Reach. Under the rulership of the Tyrells, it would have been the one place in all of Westeros that I would have wanted to live (were I to be somehow magically cursed as to having to eke out any existence in George R.R. Martin's world). Here's a painting I found online that correctly captures what Highgarden was in the books. There are others for sure, but this one is my favorite. Why couldn't Highgarden have looked like this? 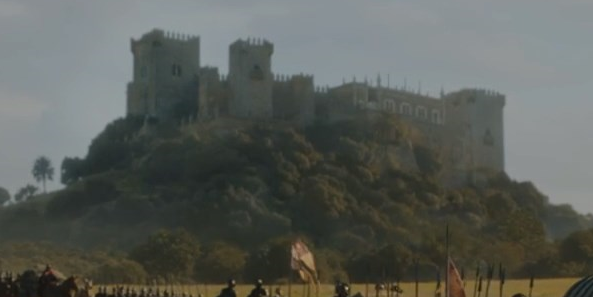 Maybe, it's because there just aren't pretty castle cities in today's world, and they wanted to shoot from an actual location to add realism. But the castle in the series was gray and ugly. It wasn't anything like I thought Highgarden should look like. Here's the description of it from the text in the novels I read:

"Many consider Highgarden to be the most beautiful castle in all the Seven Kingdoms [...] Highgarden is girded by three concentric rings of crenelated curtain walls [...] Ivy covers the older buildings and grapes and climbing roses snake up the sides of statuary, walls, and towers. Flowers bloom everywhere."

I dunno...maybe this is an "Expectation" versus "Reality" thing. But honestly, they had the budget to do a good job of showing the home of the Tyrells by season 7. They could have even had a matte artist make something for them, and it would have been gorgeous. Remember how beautiful Rivendell looked when we saw it in The Lord of the Rings movies? At least that was done right.
Posted by Michael Offutt, Phantom Reader at 12:06 AM

Email ThisBlogThis!Share to TwitterShare to FacebookShare to Pinterest
Labels: Game of Thrones, Highgarden, Why did Bennioff and Weiss mess up Highgarden so much