The Kingdom is a smartly directed zombie series on Netflix that has a story to tell about income inequality amplifying all the bad parts of a pandemic. 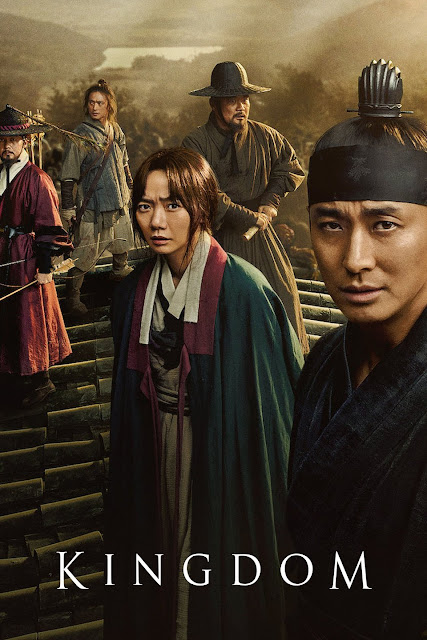 I'm watching The Kingdom on Netflix, and it's a kind of zombie show that seems oddly prescient to our modern times. But first a few words. Unlike The Walking Dead, The Kingdom has no problem embracing it's plague of zombies and giving the watcher a reason as to why the disease is happening and how it spreads. The only thing new about it's particular take on other zombie shows is that it pins the phenomenon quite squarely on a mystical flower that grows in shady areas called the resurrection flower. And like other shows, it has another story to tell that is one layer deeper than the zombie thriller itself, which brings me to my first point: large scale governmental mismanagement is amplified by class inequities.

Sound familiar? Well it should. It's no big secret that the United States is really struggling with its Covid epidemic. And we see this too in The Kingdom. I think it's particularly telling that this drama is told through the lens of a South Korean historical epic. Just a few months ago, I watched Parasite win an Academy Award for Best Picture. That movie too had a lot to say about class inequities.

Like all zombie epics, it does have at its heart a story of the collapse of a society. It is set in a kingdom that has been plagued with famine and military defeats. Because the people revere their leader who is a king so much (and because they hate the crown prince)...when he dies...they turn to a soothsayer who can bring back the dead using a resurrection herb, which effectively keeps the crown prince from seizing power and bides them time to concoct their plans. Only...it's not so simple. What they create is an undead that animates when the temperature is cool enough (which is usually at night), and it has an insatiable taste for flesh. They keep it chained up in order to prevent the king from eating people the men in power don't want to get eaten. And pretty much the rest of the time, they "speak for the king" essentially seizing power in the realm for themselves.

In watching the show thus far (I'm at the beginning of season 2), I haven't quite put together how the zombie plague spread from the palace to the rest of the realm. I probably missed it somewhere. But that detail is not really all that important. The fact of the matter is that the plague does get out, and zombies pop up everywhere with the associated disease being extremely contagious. It honestly makes the contagious nature of any other disease in the world look like a complete joke. And the show doesn't hold back in basically saying that a rich person may have gotten the disease first, but it is the poor who ultimately bear the brunt of the disease. They have no place to escape the zombies which rip through them like a lawnmower through tall grass. Because there are so many poor, the problem soon becomes everyone's problem, and by then it is too late because a tsunami of running hungry zombies is not something any governmental system and military is capable of handling.

It's a strange kind of zombie tale, moreso because of its time period, which is medieval Asia. So the people trying to deal with this issue (and the zombies) all have swords and bows and arrows and live in Asian-style buildings. I've never seen anything like it, and many of the scenes are quite beautiful. Maybe it's kind of similar to Game of Thrones in this aspect in that it appears to have the trappings of a dark fantasy while sporting very little magic (the resurrection herb is the only magic that appears to be real). Instead of the politics being borrowed from medieval Europe, they are borrowed from medieval Korea. In any event, I'm finding that I like it. I will give you one warning though: there are some graphic bloody scenes. So be prepared if you decide to watch.

Email ThisBlogThis!Share to TwitterShare to FacebookShare to Pinterest
Labels: The Kingdom, The Kingdom is a smartly directed zombie series on Netflix that has a story to tell about income inequality amplifying all the bad parts of a pandemic