It's super fashionable for liberals to hate billionaires right now. 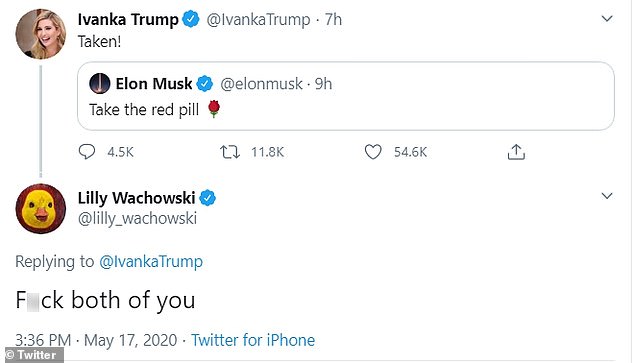 I'm no great fan of people in general. I've been described as an introvert, but really, my long hours of self isolation has more to do with my low tolerance for behaviors that I consider toxic. However, this low tolerance that I deem as a natural ability to see the true nature of people has given me a particular insight among my liberal friends: billionaires are just people. Sure, they are bad people. But I don't think the opposite...a.k.a....good people...actually exist. I haven't met any.

Among my friends and family, toxic narcissism (or traits that identify as toxic narcissism) abound. This runs the gamut from psychological manipulation, to severe control issues, to delusions of power, to lying, shaming, and exploitation. I could give you examples of each of these, but why bother? Everyone is doing it. There are no true "morally good" people. It's all just shades of gray, similar to what George R.R. Martin pointed out in his series, Game of Thrones. No one is truly evil. I think the people on the right tend to accept this (for whatever reason) moreso than those on the left. On the left, the people there have got individual delusions that they are morally pure. But it isn't true at all. They still commit sexual assault, they still lie, they still exploit others, they still shame others, they still form members only cliques, and they still treat other people like garbage (hopefully all of these are not attached to one person, but yes, it is a list of toxic behaviors).

It's super fashionable for liberals to hate billionaires right now. I say "liberals" because "conservatives" are money praising folk, even if they don't have money themselves. They tend to look at those who do have money as having some kind of extraordinary blessing or to just being a "stand-up" person or a "pillar of the community." This is also a delusion because having money doesn't mean any of these things. It also doesn't mean the person is smart. Nope...they just have money...and that's the real difference.

The particular billionaire I have in mind that is currently taking heat is Elon Musk. He's a deplorable guy, and he always has been. But in particular, there are articles saying how the first season of Star Trek: Discovery hasn't aged well because it dropped Elon Musk's name alongside other "greats" of the past like the Wright Brothers. I honestly know very little about the Wright Brothers, but based off what I know of human nature, they probably weren't good people either. No one is. Bill Gates gives tons of money to charity, and...he's not a good person. He totally screwed over a lot of people to get to where he is today, and he's probably making amends for a lot of that by being so generous with his money. People change. My dad used to be a cruel person, killing animals without blinking an eye. Two years ago when I visited him, he had a mouse in the garage and got upset with me when I caught it. He demanded that I release the thing so that it could live (I caught it in a bag). I'd never seen anything like it...he's a totally different person unable to harm even a mouse.

Probably two of the most morally good people I can even think of are Michelle and Barack Obama. I'm trying to recall anything I know of either of them that might shatter this image, but I can't think of anything. That doesn't mean it isn't there. Rather, it just means that I (personally) don't know of it. His family might be able to tell you something, which would just serve to burn his reputation down. So maybe it's best to keep that in the closet. If anything, having a rich person that's also a minority setting some kind of example may help lift the rest of us out of the mire that is the human condition, even if it may just be a lie.

And maybe that's what tearing down billionaires is all about...it's this attempt to destroy the illusion that these people deserve to be put on a pedestal. You know what folks? They never did belong on a pedestal, because they were all horrible. I stopped putting billionaires on a pedestal a long time ago. I knew they made their money off the backs of the middle class, and that (ultimately) they were slave drivers and just all-around terrible people. But so are landlords, who have turned a place where a person can rest weary from the day into an "investment opportunity." What kind of bullshit is that, but it's here to stay? Someone using their privilege to acquire more and more property that they could never use or need for the exclusive purpose of squeezing others so that they can afford "not to work" and to do whatever that they desire just seems wrong to me. But, that's the whole idea behind "investment opportunity." In any situation where winning a competition results in a prize where you (hopefully) get to do whatever you want or desire is going to be filled with bad people. Bad because...to win that prize...means they need to crush someone else.

I'm not saying that billionaires should not be vilified, dragged into the street, and shamed. By all means, it should be done. What I am saying is that we are a nation of pots calling the kettle black. We are all covered in soot and grime. We should realize this, and then continue to celebrate our nonsensical firing squad and just embrace the mob mentality. Just go with it, man. But if you pause during the process and stop and think for a moment, "I'm doing this because that other person is bad..." Please, just stop. I can almost guarantee that you are a bad person too.

Rather, I suggest focusing on just how much worse (in degrees) the other person is. There is a sliding scale, after all. It is the choice between lesser evils all of the time. Most of the people I know would fit into the box labeled "lesser evil," so let's stop pretending that we are actually good and moral. I think that would make a lot more sense, and free us all up to watch Woody Allen movies again, to have Daenerys Targaryen get the ending she deserved in Game of Thrones, to vote for Joe Biden, and to reintegrate former prisoners back into society.

Let us all admit collectively that, "People just suck." It will be a nationwide catharsis, and a healing process. We need to heal because we need people and we are social creatures. And who knows? Maybe some of these awful people could actually be changed to be less toxic if we just let them know how awful a human being they really are. Once they make changes, we can forgive and forget. It would be so much healthier, and the firing squad could/should still be aimed at billionaires. Just stop deluding yourself that it is the "moral" thing to do. Stop regretting that a reference was buried in the first season of Star Trek: Discovery and that it won't age well. Let your kids watch old reruns of Pee Wee Herman. That guy was funny and did the one thing that he was supposed to do rather well. Let's all celebrate Michael Jackson for his dancing and not be afraid to laugh/watch The Cosby Show again. The Cosby Show (for what it's worth) was a funny show made by an awful person. But, there are awful people all around us all of the time. Why do we want to pretend that there aren't?
Posted by Michael Offutt, Phantom Reader at 12:22 AM