Look at this spider!

I play Dungeons & Dragons, and I also collect minis. This particular mini is in the "Huge" category of sizes, which means it takes up a space of three inches by three inches on a battlefield grid. A human-sized miniature takes up the space of one inch by one inch. So this thing is three times as large as a human, which would be immediately apparent were you playing D&D and the little miniature you use for your character is suddenly confronted with this monstrosity.

I'm so excited to have this thing in my collection. The artist is a local guy by the name of Steven Oaks, and he operates an Etsy store for his 3D art (which is code for fancy miniatures that he paints and sells online). It cost me a pretty penny, but when it was delivered, I was wowed by the detail. I think when it gets used on the players this Saturday, there will be squeals of horror followed by in-game screams of characters as they are trapped within the network of this spider's sinister webs. 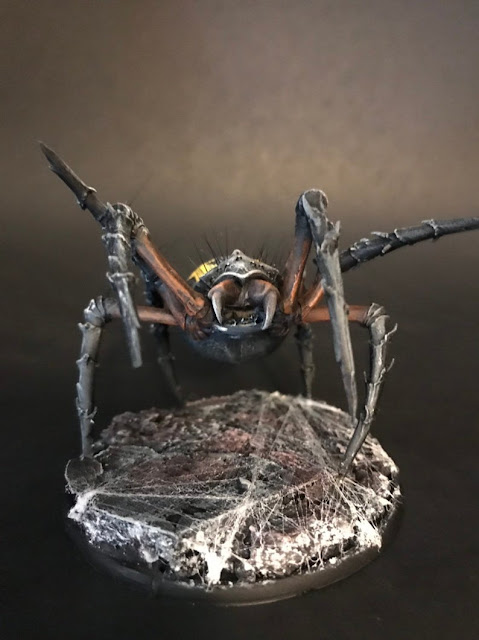