Spider-Man Far From Home was an excellent movie that managed to keep its audience on its toes. 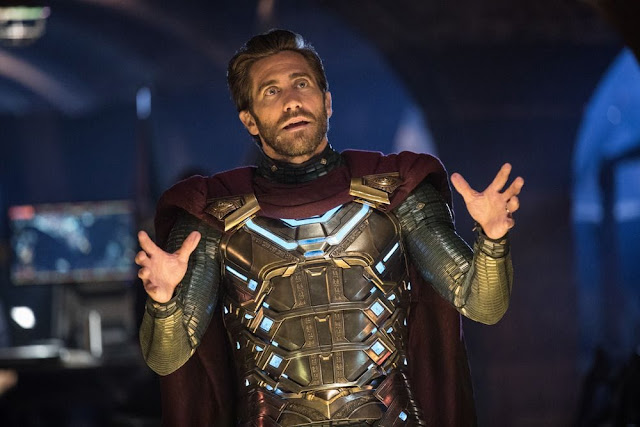 The latest Spiderman movie called Far From Home was an excellent film. I've seen it twice now, and I may be just a bit biased because I think Tom Holland is "the bees knees"--at least that's what my good friends are telling me. However, and even ignoring Tom's deliberate talent and enthusiasm to play this role, the show and the story does a lot to keep you on your toes.

Mysterio seems like the perfect bad guy to introduce at this juncture, post Thanos and post Iron Man. Most of us who went into this movie assumed that Mysterio was a bad guy, right? And we assumed that he was lying about something big, but it was "never" for sure until the M. Night Shyamalan-esque twist that pretty much nailed it halfway into the story. Why do you suppose that is?

It's because Marvel as a whole has done a great job in subverting the usual story-telling tropes and defying the comic material. For example, in Endgame (a movie I didn't really like, but I grant that it was still a solid film) they kill Thanos pretty much right off the bat, and it leaves you wondering what the hell the Avengers are going to do with the rest of the time in a three-hour slog of a movie.

Things that happened in Far From Home are just more echoes of this. Is M.J. "really" only interested in Spider-Man and Peter himself? Is Mysterio actually a visitor to Earth-616 (which is the official Marvel designation for the MCU for which Earth all these stories take place on)...like how would Mysterio know this? And even though Mysterio ends up being a pure con-job the entire time, it remains that a multi-verse probably does exist for the MCU. At least let me put it this way: I don't know why it wouldn't.

Ultimately, though, the movie does a great job of moving the story forward while acknowledging that half the people on Earth went away and came back, and that there are now dead Avengers. And it manages to do all that by telling Peter Parker's next story, which is probably the best person in the MCU through which to do this. Peter is young. He represents a hope and promise for a new generation of heroes. Whether or not he becomes a kind of Iron Man on his own...whatever happens in the next stage (and whatever villain Disney decides to go with) is going to have to keep us on our toes in order to ensure that Avengers: Endgame was not (in fact) peak Marvel. And that is the key, right? How do you top Avengers: Endgame? Well, you top it by not letting go of the ball and you keep playing. You keep going, and you give the audience things that are unpredictable. You keep the audience on their toes.

Far From Home did this, and I think it's a good sign that the next stage is gonna have some surprises that keep the whole thing fresh and exciting.
Posted by Michael Offutt, Phantom Reader at 1:52 AM

Email ThisBlogThis!Share to TwitterShare to FacebookShare to Pinterest
Labels: Comic Books Rule, Spider-Man Far From Home, Spider-Man Far from Home was an excellent movie that managed to keep its audience on its toes, Tom Holland