In looking for a new vehicle to drive I've questioned whether or not owning a vehicle even makes economic sense anymore. 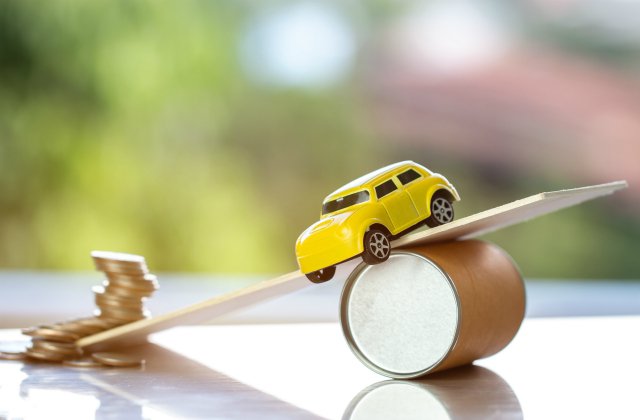 I've started looking at car options to replace a vehicle I lost when I totaled my 20 year old Toyota Rav 4 earlier this year in a medical emergency that I suffered behind the wheel. It was a weird and surreal experience, losing consciousness briefly due to an extreme coughing fit. When I came to, there was air bag dust, a shattered windshield, and the car was on its side. No one else was hurt, and again, this was many months ago. There's this kind of strange path that all of us (I think) go on when a car is completely ruined once all medical things are taken care of. Here's a little bit of how my path has played out thus far:

1) What do you do with a car that is basically a pile of junk? The tow truck driver needed to take it somewhere, and everywhere you take it to is going to charge a daily fee to store it. There is no free land in America folks, so towing it to your house and having this pile of junk sit in your driveway to avoid storage fees is about the cheapest option you have until you can find a buyer for said pile of junk. And yes...there are buyers of said piles of junk, but you have to find them and woo them to your cause.

3) I eventually got a place called Tear-A-Part here in Salt Lake City to buy the car from me for $150.00 in cash sight unseen. The hitch? It needed to have four wheels (not tires), an engine, and a transmission. That was all they cared about. Oh and I needed to have the title that I could sign over to them immediately. I told them it indeed had all of those things, and they came by with a tow truck and hauled it away and handed me the cash in an envelope. Needless to say, it cost $200 to have it towed in the first place so I was still $50 in the hole. What was interesting in talking to this place is they could care less about any story or conversation about the car. Does it have four wheels? Yes. Does it have a transmission? Me: "Do you care if it works?" Them (ignoring my question and restating their question): Sir, does it have a transmission? Yes. Does it have an engine? Yes. Them: "We'll buy it for $150. Bye." So I guess those things are all that counts. Good thing to know in the future if I ever need to scrap a car.

4) Now down to one car (I owned two), and my second car is not one I can drive in winter snow storms and it itself is 20 years old...I embarked on seeing about getting a second car for Utah winters. I of course needed to change my automobile policy to reflect only one car. That was easy and pretty much a simple phone call. Then I started examining car models and decided I wanted an SUV of some type. That's when I learned that cars are expensive. No really...they are really expensive. I haven't been paying that much attention, but it got me to wonder...how does anyone afford these things? There is a robust used market, which is a lot more affordable. But cars that are in the used market were once new. Are people really making that kind of cash that they can afford to drop $40,000 on new cars only to toss them a couple years later so they are used for people like me to pick over for half that price (only I think $20,000 is still expensive). Or is this just the newest form of income inequality that I'm becoming aware of. In other words, there are people all over the place making six figures, and then there is everyone else. In just 1999 to 2000 (yes 20 years ago), spending $40,000 on a car would be unheard of, folks. That was like the best car...like what you'd expect to pay for a Jaguar or something fancy. Nowadays, the very bottom rung of Toyota's smallest SUV (the Rav4) sets you back $40,000 once taxes and other fees are paid. In other words, I'm saying that "everyday cars" are running darn close to the halfway mark of a hundred grand when they are new. Holy crap. Wages have not increased to coincide with this in that same time period. At least not any wages I know of.

5) And then there's the question of whether a car is really useful to someone living in a city anyway. How many Uber rides could I take for say $25000? If I spent $20 a day on Uber being shuttled to and from work, it would take 1250 days for me to spend up to $25000. So that's roughly 3.5 years, and that's only if I worked every day. It'd (in all actuality) take me 7 years to recoup that cost in just taking Uber rides. And I'm not even factoring in the cost of gas, maintenance, and interest that might be accrued for a loan, not to mention the storage space it takes up. So is buying a car really something that I want anymore? Is it something that actually improves my life? I have no idea.

Owning cars is ubiquitous in our society, and I don't know if I could ever convince my brain otherwise. I'm from that generation who always "owned" a vehicle. So I most likely will just take more time and find a replacement vehicle that I can drive on snowy roads. I've got my eye on my dad's old 1997 Ford F-150 that he no longer drives, and it's likely that I'll be getting that and tooling around town in it just fine with its old gas guzzling, carbon emitting engine. However, I think that the gig economy and the sky high prices of cars has created a strange scenario wherein every transportation solution is going to be different for every single person.

I will be taking Friday off from blogging. I'll see you Monday.

Email ThisBlogThis!Share to TwitterShare to FacebookShare to Pinterest
Labels: Blogging, In looking for a new vehicle I've questioned whether or not owning a vehicle even makes economic sense anymore