Riding a wave of eighties nostalgia New Coke returns along with Stranger Things. 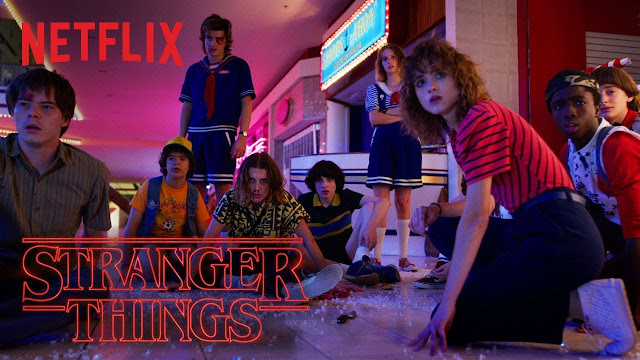 New Coke is back! My memories of the summer of 1985 were all about Back to the Future and how Coke felt so threatened by Pepsi that they changed their formula to one that tasted exactly like Pepsi. It bombed big time, and to compensate, they released Coca-Cola Classic, which if memory serves, basically became Coca-Cola again while New Coke slowly retreated into invisibility.

What brought it back? Supposedly it is the release of the new (third season) of Stranger Things. I've enjoyed both seasons of this weird and nostalgic throwback to the eighties. One reason: each season is a self-contained story that begins and ends like one long book that's doled out chapter by chapter as you watch each episode. If it were on cable television instead of Netflix, there'd be a chance that it wouldn't play out this way. Rather, each episode might tell a story in and of itself. Sound familiar? Think of Supernatural where each episode is a monster of the week with a few "key" episodes peppered within kinda like the "Smoking Man" episodes in the X-Files (that hinted at a much larger story line). Either that or season 1 would tease a story that (by season 3) grows into a monstrosity with half-assed explanations because writers forgot important details and don't care anymore.

From the season 3 trailer, is it fair to call this season Jaws meets An American Werewolf in London meets The Thing and The Fly? Lots of John Carpenter influences are in Stranger Things. I'm going with yes. :)
Posted by Michael Offutt, Phantom Reader at 1:25 AM