I'm trying to reach a personal improvement goal by telling people I am glad to help but I am not The Help. 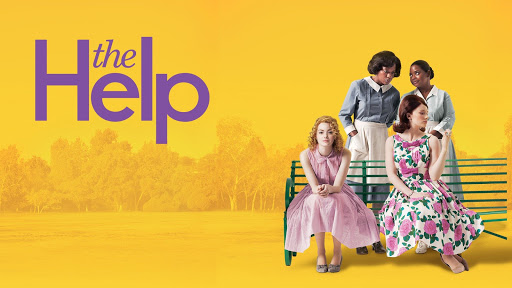 It's been something that I've been trying to do for some time, and so far it is working and my attitude toward life is generally improving. But I've also received a lot of blowback from this idea that I'm going to continue "to help" but I am not going to be "The Help." The reference (of course) is to the movie (and book) of the same name called The Help, which featured black women (in the 1960's) who have spent their lives being the underpaid underappreciated workhorse for prominent white families. You may ask...why is this a thing you've been struggling with? Well, it just is and has been for as long as I remember. I'm not sure why, and it has nothing to do with institutionalized racism. It's just that people would look at me and think, "Boy, I bet he's a hard worker." And not to toot my own horn, I am.

All of my life, people have come to me for help, but when I actually roll up my sleeves and go deeper, I end up having work just piled on me with a sigh of relief coming from the person who cried out for help...and then they just up and disappear. I can't tell you how frustrating this is, as they are essentially leaving me with a pile of their toil. "Can you help me fix my computer?" I show up and then they say, "Here's the computer," and then they walk into another room to watch t.v. and don't bother to learn anything of what I'm doing so that they can do it themselves when I'm not there. There's going to be no more of that. And there are a hundred more examples I could make that go along the same lines.

It's like that humorous commercial on television (Angie's list I think?) where there are two people, and one asks the other if they know of any contractors. The other person says, "Actually I do..." and gets cut off with, "Can you get me three bids from three different contractors, figure out which one is the best, and then have those on my desk by tomorrow so I can review it?" This of course is seen as humorous, BUT it has happened a lot to me in my life. However, not so much anymore. I've gotten good at drawing boundaries and as Tony Stark said in Spider-Man: Homecoming, "Boundaries are good." I agree oh so much...boundaries are very healthy!

So why have I been getting blowback? It seems obvious that boundaries should be respected, right? Well...we live in interesting times. And if you haven't noticed, there are a ton of people who don't want to be "The Help" anymore. So by me excusing myself from being the workhorse from many tasks in my social group and saying, "I would be glad to show you how I would complete this task...once...and only once.... But I will not do it for you...I will not be your mule," it has caused many of those (who relied upon my strong back and elbow grease) to suddenly have two options: the work gets done by them, or the work doesn't get done at all. And it's really none of my concern if the work that is owned by them doesn't get done. That's on them, and not on me.

No one is stepping up to fill the gap I've left, because (again) no one wants to be "The Help." Really, I'm only blogging about this today, because it makes me wonder about the world at large. For example, in my own employment, there have been entire committees that folded (in which people used to find value) because no one wanted to take the minutes for the meeting (no one wanted to be The Help). I know of workplaces that have only nine individuals working there and yet there are three supervisors. "I want to help, but I am not THE HELP" is a pretty pervasive attitude. It's happening with social issues. There are lots of people online that come up with good ideas to combat climate change, to combat homelessness, and to combat rising inequality. But all of those things require someone to do the work, i.e., someone needs to sacrifice. There's no one volunteering for that. "I want to help, but I am not THE HELP." It's a fascinating thing. There was always someone (in the past) that caught all the stuff rolling downhill. But more and more, people are refusing to catch anything that rolls downhill. I wonder (honestly) how long that can continue to happen. For capitalism to work, there are those at the top and those at the bottom, and the people on the bottom have always done the work. Also (just to clarify) I hate capitalism, BUT I live within the system. It was there before I showed up so I'm just living by the rules and not rocking the boat <== a whole other topic I'd be happy to discuss.

Anyway, in my own personal microcosm, this step toward continuing to be helpful but drawing the line at being "The Help" has sparked joy in me. But I think it hasn't sparked joy in any of the people who are desperately trying to make their lives easier. As I said earlier, someone has always got to be on the bottom in our system. I think the shock in my social group is that I'm no longer on the bottom, and they know that, and it pisses them off. To each their own, I guess.
Posted by Michael Offutt, Phantom Reader at 6:58 AM