It's fascinating to think of how writing evolves over time. 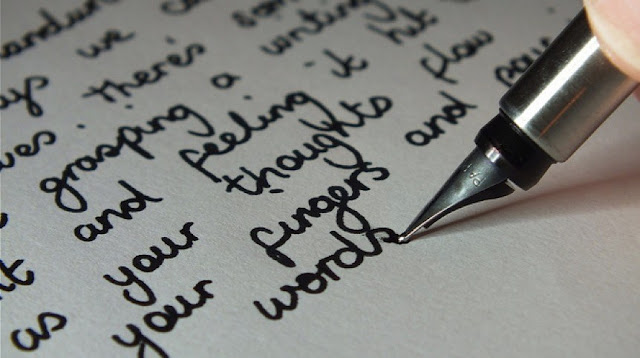 I've been reading a lot of books lately, and then thinking about them in my spare time.

Writing evolves over time. It really does, and it's kind of shocking to take note of how it is evolving over the years. For example, I recently read Dashiell Hammett's The Maltese Falcon, and I was surprised at how much dialogue was in it. In fact, I thought that I was reading a screenplay because there was so much dialogue and so little description. As for the book itself? It was an entertaining read, but mostly I was looking to prep myself to watch the movie (which I have never seen) and to talk about the book with an author friend that likes old movies and mysteries.

During the seventies and into the eighties, the fantasy genre was ripe with people who wrote in third person omniscient. Re-visiting some of the stories I liked as a kid, I'm bugged by how much head hopping there is (without a scene break), but that's just how they wrote back then. Could you get by with that nowadays? Probably not. The bar (and standards) for the most part keep increasing unless you are an outlier like the author of Fifty Shades of Grey. I kind of wonder which author was the one that broke this trend of head hopping. Was it J.K. Rowling or George R.R. Martin? Or was it someone else? In any event, I'm sure there was a "key person" much like how Nirvana was the key band that destroyed the big hair bands of the eighties. Post Nirvana, there wasn't any room for those kinds of bands anymore on the music scene.

Fantasy these days is also filled with unique magic systems. Back in the eighties, no one really cared about that kind of thing and magic just happened. In a story, you either had magic or you didn't. I kind of wonder who started that trend as well. Maybe it was David Eddings. As simple as his magic system was, it was different than just about anything else at the time. And it had "actual physics" which is something that other kinds of magic in books simply didn't have, which made it really cool.

Anyway, I guess that I'm just marveling at how writing seems to change. Sixty years ago you could have written a starting line that said, "It was a dark and stormy night," and you would have gotten congratulated for it because it was nice and descriptive. Now you get shamed for it because it is a cliche. A hundred years ago, you could write a story like H.P. Lovecraft...one with no dialogue whatsoever because it's just some dude telling you his account of what happened. Nowadays? Not so much. Just like the price of housing (which keeps climbing), the expectations for what passes as a good sentence and a good story just keep going up and up.

Ten years ago, I was complimented by someone at a Worker's Compensation Insurance Company for writing the best technical reports and resume's for injured clients that they had seen in the entire State of Idaho. I bet if I were to try my hand at that same writing today, it would be awful and not because my writing is bad. It would be awful because I haven't kept up on what employers are looking for in those kinds of reports and resumes. All of my information is outdated, and because of that, the writing has evolved into something I'm no longer trained to do.

No wonder it is so difficult for many to remain at the top of their game when it comes to writing. If a writer doesn't take note of how things are changing and then adjust their style, it's easy to become irrelevant.
Posted by Michael Offutt, Phantom Reader at 7:39 AM

Email ThisBlogThis!Share to TwitterShare to FacebookShare to Pinterest
Labels: It's fascinating to think of how writing evolves over time, Writing