Why is self-esteem so important to life? 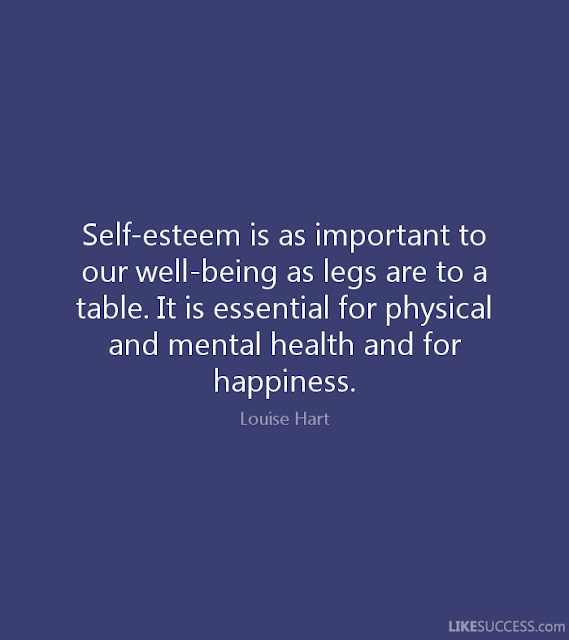 Unique among animals, humans because of intelligent thought have self-awareness and hence self-esteem. The dictionary defines self-esteem as thus:

self-es·teem
ˈˌself əˈstēm/
noun
noun: self-esteem
confidence in one's own worth or abilities; self-respect.
"assertiveness training for those with low self-esteem"

The actual words "self esteem" just roll off the tongue. They are easy to say and it lulls people into thinking that it might not be difficult to create healthy self-esteem in another person. But from someone who has seen and been around the damaging effects of low self-esteem in others for a long time, my observation is that it's an incredibly difficult achievement, and it's almost impossible to treat. For example, if a parent loves a child too little, this can cause unhealthy self-esteem. But the adverse, i.e., loving a child too much also causes unhealthy self-esteem because the person is susceptible to "imposter syndrome," wherein they internalize that they are not worthy of the love and gifts they are receiving. This causes a self-destructive personality trait to take hold, as a person tries to live up to the standards they believe that their parent wants them to attain. If they fail, it reinforces that they are causing a loved one pain and they seek out drugs to numb themselves of that emotional pain. This then becomes a dark spiral of anxiety, depression, and bottoming out with regard to feelings of self worth. Circling back, my point is that there's a very narrow line between loving too little and loving too much that creates healthy self-esteem. How the hell are parents supposed to negotiate that line when erring too much to one side or another creates a monster?

I could seriously repeat ad nauseum other examples of how low and unhealthy self-esteem levels cause people to make destructive choices that not only affect themselves, but affect the lives of others in poisonous ways.

But I guess that my ultimate question is why self-esteem is so damned important to human life on Earth? To a logical mind, it should be way down the totem pole of things that are important. But it's right up there with the basic needs of survival on this planet, if "survival" includes any kind of functioning society that encourages happiness and well-being in any way. It blows my mind that these two words...these two things...can derail an entire life of a person in ways that are incomprehensible. I read every day that our country is in trouble. Some call it "Late Capitalism," which I guess has become a kind of buzzword that is searched quite often on "Google." But from this armchair psychologist, I think the United States is suffering because a whole generation or perhaps multiple generations of people are coming of age with unhealthy self-esteem, and it's manifesting in all kinds of toxic ways.

I know this is a weird topic to discuss, but I'm very intrigued by it. I invite you to weigh-in with your thoughts in the comments.
Posted by Michael Offutt, Phantom Reader at 11:38 AM

Email ThisBlogThis!Share to TwitterShare to FacebookShare to Pinterest
Labels: self esteem, Why is self-esteem so important to life