I'm not really on board with the time travel element featured in SyFy's Krypton series. 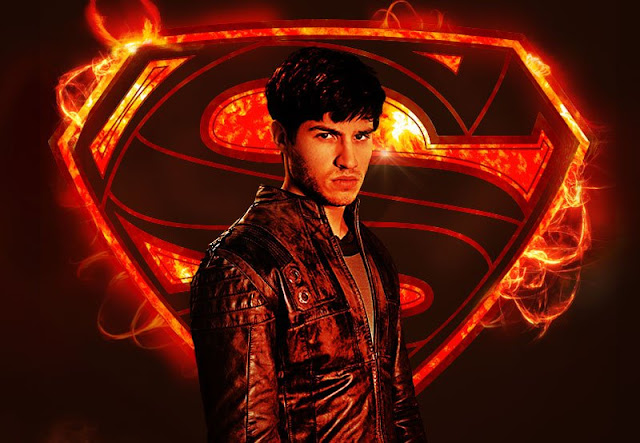 There may be a few spoilers ahead in this discussion of SyFy's Krypton series.

I've been watching SyFy's Krypton for a little while now, and I think it's pretty good. It has a pretty solid storyline, good acting, and (visually) it looks quite good for a television series. It has the same production values that go into say, an episode of Game of Thrones, The Expanse, or Lost in Space (on Netflix). The only thing I quite don't like about it is the time travel element. I'm just wondering why they needed a time travel element to begin with. The whole, "We need to tie this to Superman" seems unnecessary, and I wonder if it was a prerequisite for getting this thing "greenlit" in the first place. Thus far, the Superman cloak has been used to some effect as an hourglass of all things. But it's not like the writers haven't tried to cram other things heavily associated with the Superman mythos into the early episodes of this series. For example, they've featured everything from a "Fortress of Solitude" to the crest of the House of El and the House of Zod in just about every scene that they could crush them into (which I really don't mind), and even going so far as to superimpose them together on the front of a door that conceals the ultimate weapon of mass destruction: a frozen (and presumed hibernating) Doomsday.

But if there is one thing that bugs me about the series, it's the time travel element (as mentioned before). It's not so much that I don't like Adam Strange popping up with said cloak to warn the citizens of Krypton and the ancestor of Superman (specifically), but it is that Krypton seems to now have had a choice in its terrible fate that sealed its doom. I don't like that everything (now) in Superman's entire history seems to come down to choices. There's something to be said in favor of serendipity or for just plain bad luck. There's something to be said in defense of absolute chaos just becoming a wrecking ball for a titanic civilization and sending it scattering among the stars, the last son of Krypton being the most famous among them.

If you aren't following the series, the premise is simple: Krypton blew up because Brainiac scooped up the City of Kandor (this is how it becomes the Bottle City of Kandor), which is a move that ultimately destabilized the core of the world and resulted in it going "kaboom" about two hundred years later (the start of the Superman story). That's a great setting for a television series, and I like it quite a bit. Why oh why did they feel it necessary to have time travelers insert themselves into this timeline to give warning to key individuals so that now it is a choice? "You know Krypton's fate now, and if we do something about it, not only will your famous great grandson somehow not make it to Earth, but Krypton may not be doomed!" My point is (I think) pretty simple: the writers had a rich history that they could have explored. But this whole thing with knowing Krypton's fate and being able to do something about it just kind of rubs me wrong. Of course, it's going to go badly, and that's what the story is obviously about or it wouldn't be true to decades worth of Superman comics. But did us Superman fans really need to know that it was a choice?

Maybe I'm just ranting at this point because I don't like the implication of a huge history coming down to choices. People (including superhuman fictional people) shouldn't be able to choose the most important forces that shape their lives. It isn't realistic. Chaos finds a way, and it's in this chaotic element of story-making that we find the most inspirational stories. Structuring and controlling everything just seems to suck all the fun out of things.
Posted by Michael Offutt, Phantom Reader at 12:09 AM

Email ThisBlogThis!Share to TwitterShare to FacebookShare to Pinterest
Labels: I'm not really on board with the time travel element featured in SyFy's Krypton series, Krypton on SyFy