Supernatural And A Blog Award Or Two 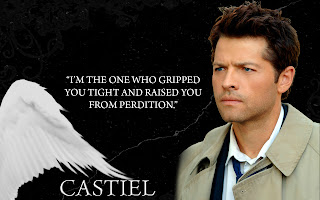 The season six finale of Supernatural aired this Friday and it had a cliffhanger (sort of) by making Castiel proclaim himself as a new God.  You see, in the show's universe Castiel has been fighting this war in heaven against the angel Raphael (who he just exploded with a single gesture in Friday's episode). Castiel got so pumped up on "juice" from souls that he stole from Purgatory that he's like a walking nuclear bomb (their words). Essentially, as long as he can hold himself together, he's got so much power that angel swords can't even kill him anymore.

If you follow the show Supernatural, I've a question for you... is this really a cliffhanger? Because personally, Castiel has been overall, fairly decent and a huge ally of Sam and Dean through several seasons. He's not the conniving douchebag that Crowley is (the present King of Hell since Lucifer and Michael the archangel are trapped in some place referred to as "the cage").  In other words, I kind of think that Cas as the new "god" is an improvement over the show's old version of "god" which essentially never did anything...ever. 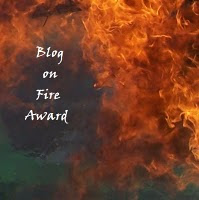 Brooke R. Busse over at her blog Paper Mountain awarded me with the "I'm on Fire Award". Thank you so much Brooke. I'm passing this award onto Rogue Mutt and to Rachael Harrie over at Rach Writes... 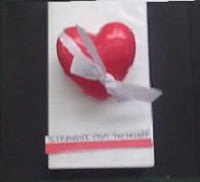 Munir at the absolutely wonderful blog called Focus gave me the Straight From the Heart Blogger Award. Thank you so much Munir. I'm passing this award onto Misha at My First Book to Lucinda Bilya at Missing Link In Writing. Lucinda writes some of the most poignant and professional comments I've ever had the pleasure to read and is a consummate professional in all that she does.
Posted by Michael Offutt, Phantom Reader at 7:49 AM

Email ThisBlogThis!Share to TwitterShare to FacebookShare to Pinterest
Labels: Supernatural