A Game Of Nipples

I love plot tropes. In Lord of the Rings, the element of water was a huge plot trope. If you found water in any shape or form and lived in Tolkien's universe, you were f*cked. Example: The Ringwraiths got swept away by water at the ford, the fellowship tried to cross through the mountain passes and the way was blocked by snow and ice, the fellowship went to Moria and a watcher in the water sealed them inside the mine, Isengard was destroyed by a flood when the ents diverted the river, the dead marshes had people in watery graves, Osgiliath was the "key" to Minas Tirith and it was a city on the water (automatically f*cked), etc. etc. 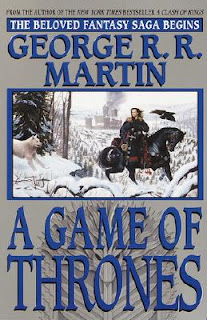 I finished Game of Thrones last night and am buying book two a.s.a.p. It's a good series, can't put it down, etc... this isn't a book review. I would not attempt to add to the discourse already said about these books with tired old tripes about how sexist it is yet I can't seem to put it down. Rather, for those characters dwelling in Westeros, I wanted to point out that the nipple is literally life and death. Allow me to explain.

The "nipple" if you will...is all powerful. Example: Khal Drogo dies at the end of the book due to a wounded nipple. Daenerys' dragons suckle from her nipples in the funeral pyre, Lysa Arryn emotionally and developmentally castrates her son by having him breast feed too long from her nipple, Ned Stark is first attacked by Jaime Lannister outside a nipple house (brothel), Bran was made a cripple after having seen a nipple (both of those words rhyme by the way) in the tower as Jaime Lannister and his sister the queen were having incestuous sex. There are more examples: the dire wolves were found still nursing from the dead dire wolf's nipples...can't argue that the dire wolfs aren't important in the book (less so in the television show.  And speaking of the HBO show (obviously aware of the importance of nipple symbolism) Lord Renly is shaved by his lover, the knight of the flowers, because the hair obscuring his nipples is a metaphor for his lack of ambition at becoming king. After he's shaved, he sees the "light", makes love to his partner, and has courage to be king and to oust that whiney toad King Joffrey. But it takes the more prominent display of those "nipples" for him to come to terms with what he wants and what's good for the country. Oh and the top of a wineskin is referred to as a "nipple" and is what essentially kills Robert Baratheon. He drinks wine infused with a drug that dulls his senses so a boar can kill him. So yeah...done in by a nipple.

If any of you are men out there and reading my blog and your women are disgusted by the show, you should remind them that when a nipple flashes on the screen, it means something major is about to happen and that it is not, in fact, a gratuitous display of flesh. A nipple when employed by George R.R. Martin is a mighty plot device worthy of much speculation. All the more reason to concentrate harder on those sexy scenes.
Posted by Michael Offutt, Phantom Reader at 7:55 AM