Faith is not a gift that I ever received, but I can respect those that do have it as long as it isn't used to destroy human rights. Thus, I was curious what this icon had to say about the topic. When asked by Larry King what her feelings toward religion and the church were in general, Gaga replied in a very candid fashion, "I struggle with my feelings with the church and that really, religion and the church are completely separate things. In terms of religion I'm very religious, I was raised Catholic...but at the same time there is no one religion that doesn't hate, speak against, or be prejudiced against another racial group, religious group, sexual group...and for that I think religion is also bogus. So, I suppose you could say that I'm a religious woman who's confused about religion that dreams of a future where we have a more peaceful world for the younger generation."

Lady Gaga was born Stefani Joanne Angelina Germanotta and raised Catholic. Her inspiration was glam rock. Her fuel is fame itself. What she does with her fame, however, is amazing.

What has she shown writers?

<=== 1) To bare your soul.  To not be afraid to show your most personal inner self to the world through your writing.  This is where the good stuff lies and many of us shy away from it for fear of being judged.  Lady Gaga gets judged every day of her life and does she care? Not one bit

2) To dance in your underwear when you have cause to celebrate. When was the last time you finished that extraordinarily difficult manuscript that you've been laboring over to produce and got up from your chair and just danced? You owe it to yourself to do this...it'll feel amazing and you totally deserve to feel amazing. Writing is hard.

3) Lady Gaga showes us that if you live in America, when you add amazing looking men to anything, it makes the production that much better and makes a hell of a lot of money. Stephanie Meyer knew this, Hollywood knows this, the CW (creator of Smallville, the Vampire Diaries, and Supernatural) knows this, and young adult writers know this. But do you know this? 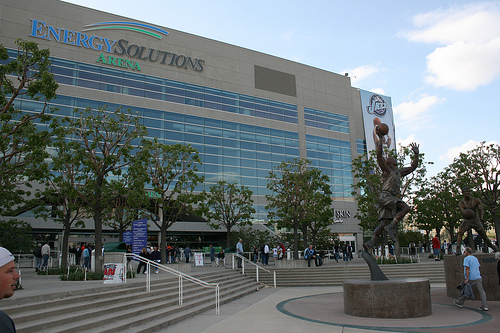 I'm seeing Lady Gaga in concert this Saturday and I can't wait.  She's a living legend and she's going to be at Energy Solutions Arena in downtown Salt Lake City (the place where I live).

Have a Gaga-riffic weekend!
Posted by Michael Offutt, Phantom Reader at 8:59 AM