It's been entertaining to watch the cringe-worthy comments made by toxic fanboys of the Wheel of Time series as the release date looms. 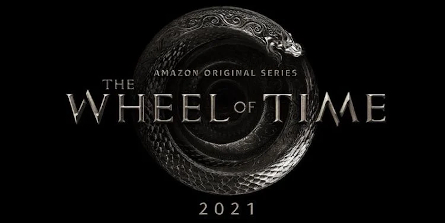 The Wheel of Time dropped another trailer this week. It's one of Amazon Pictures's entries in the epic fantasy genre. Although I've never picked up any of the books (and I don't intend to do so), Utah is a place where you can find a lot of strong opinions about the series given that one of their own (an LDS writer named Brandon Sanderson) finished it for the late Robert Jordan. But even before that, epic fantasy was an enormous playground for people with conservative leanings that run from the middle to the far right, as they usually have a chosen one that is a white male, and they go a long way to reinforce patriarchy, feudalism, and magical belief systems that have no place in a world where people with growing economic clout are fighting hard for science, diverse representation, democracy for all, a demand for high wages and work-life balance, and the idea that billionaires are amoral. As the fight intensifies I have no doubt that blood will be shed and the violence between these groups will grow.

Still...it has been interesting to be the fly on the wall in observing the comments from people who are watching The Wheel of Time's release date approach with narcissistic trepidation They say things on internet forums like, "I will watch, but I am uneasy with the showrunner's choices..." or "what gives me worry is that this adaptation may not land perfectly the thing that differentiated Jordan from others...." and I actually have no idea what that is. Another comment says, "the showrunner is so proud to point out Nynaeve deliberately tugging her braid is a shoutout to fans of the book, but it bothers me because it's obvious he does not quite get the downsides of the representations." Like...gimme a break. It's obvious that The Wheel of Time is going to have even worse toxic fanboys than old Trek and old Star Wars. If you weren't around for The Last Jedi, Rian Johnson was accused of being a hack and a social justice warrior (SJW), which is an insult in the circles they swim in. It just all makes me shake my head, the same reaction I had when I watched toxic comic nerds tear ruthlessly into the Captain Marvel movie, because Brie Larsen was intolerable I guess.

So, make no mistake, every one of these folks believes that if the show is not a perfect adaptation, their withdrawal of their support and "not watching" will send a loud message to the "Hollywood types" and get the series canceled pronto, even though as of this writing, it hasn't even aired yet and has been greenlit for a season two. Nevertheless, if it doesn't get their thumbs up, then it is entirely doomed. It's just weird for me to go to a place and think, "Gamer bro that lives in his aunt's basement and doesn't have a job is going to tank this series. Wow...bro...you got powa!" Indeed...I wonder why no one else sees it. It actually takes A LOT to cancel something or someone. Dave Chappelle hasn't been canceled (and it's not for lack of trying). J.K. Rowling hasn't been canceled. Chick Fil-A hasn't been canceled. What all of these things share is that they have been criticized but not canceled. And David Chappelle calls out the uselessness of cancelation by saying that he doesn't care what people say about him on Twitter, because Twitter is not a real place. It's an update on the old saying, "Sticks and stones may break my bones but words will never hurt me." This is especially true in a divided country, where no one is on the same page anymore, and one person's morality is actually amoral to the next person. As you may already know, the trans community is outraged at Chappelle for being "Team TERF." Well, in comes Caitlyn Jenner who says, "I support Dave Chappelle." Her voice is huge (whether they like it or not), and it just shows that there's no unity anywhere, which is why cancelation doesn't work.

We're also living in a pop culture world now, where fantasy imagery has become mainstream in ways that would have never been imaginable a couple of decades ago. This has both good and bad implications. The good is that a lot of producers and showrunners who've grown up on these kinds of stories don't now regard them as strange or risky ventures. The bad is that a lot has become so mainstream that older fans of the source material cannot (and will not) adapt. They are dinosaurs in their tar pits. So you get these internet outrages over changing a character's gender or ethnicity, even if it's supported or encouraged by the creators themselves (or their estates or spokespeople). With regard to The Wheel of Time, Robert Jordan's take on gender was very problematic (Man magic is more powerful than woman magic, etc.). The show is going to minimize or outright eliminate those aspects of his writing. Like...it's a done deal. This is going to happen, because catering to the olds and the toxic fanboys does not make enough money. Their "clout" isn't what they think it is, and it's also wrong for society (or at least the society that I want to live in). And I imagine that many people will not accept this when they see it happen, and they will experience two emotions: 1) shock, and 2) rage.

All that being said, I'm excited for the debut of this series. I have high expectations, because I haven't read the books, and thus, I won't have anything to be disappointed about. What I do know is that the trailers look pretty great, and maybe some of that Jeff Bezos money will actually give us some rousing fantasy entertainment. Anyone else planning to watch? I've attached the second trailer that dropped this week below (you should watch it).

Posted by Michael Offutt, Phantom Reader at 12:56 AM

Email ThisBlogThis!Share to TwitterShare to FacebookShare to Pinterest
Labels: It's been entertaining to watch the cringe-worthy comments made by toxic fanboys of the Wheel of Time series as the release date looms, toxic fans, Wheel of Time