Arcane from Riot Games' League of Legends is set to launch on Netflix this week. 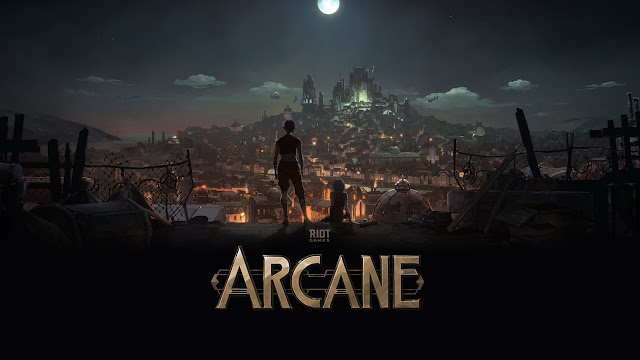 MOBA stands for "Multiplayer Online Battle Arena," and League of Legends is one of these types of games. This next week, Netflix is launching an animated television series called Arcane, and it tells the backstory of two of the video game's most popular champions: sisters Jinx and Vi. I guess it will revolve around the income inequality between the city of Piltover and the underground (read as oppressed) city of Zaun. That's about all I know regarding this thing. But the trailer for it is awesome, and I plan to watch (or at least add it to the things that I intend to watch, which is growing kind of long if I'm being honest). It's kind of like all of the streaming options suddenly kicked into high gear because of Covid, and now I'm looking at twenty different things that I want very much to consume, because they are all in my wheelhouse.

Anyway, if you have not seen the trailer yet, you should click play and watch it below. It looks awesome.

Posted by Michael Offutt, Phantom Reader at 8:45 AM

Email ThisBlogThis!Share to TwitterShare to FacebookShare to Pinterest
Labels: Arcane from Riot Games' League of Legends is set to launch on Netflix this week, Arcane trailer