I have thoughts on the Alien franchise that I want to share. 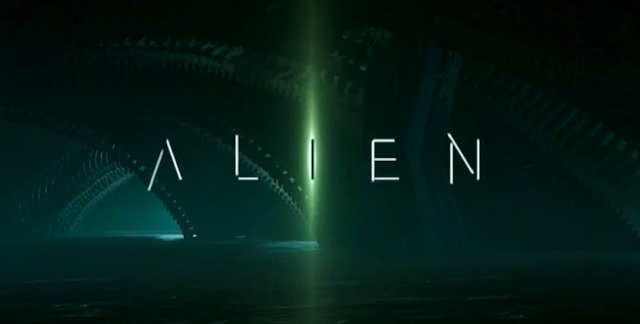 So, science fiction news broke this weekend about the Alien franchise that is now moving to a television series headed by Noah Hawley. I've very much liked Noah Hawley's takes (episodic television series and not movies) on Fargo and Legion. Heck, based on Legion alone, I think he will bring a really interesting creepiness to the Alien franchise. With the ability to expand outward in episode after episode, he won't be constrained by time. He won't have to resort to the idea that people are just trapped on a spaceship, or they are trapped on a planet, or they are trapped in one situation or another. This is how Alien movies have been done up until now. And I think this is a great opportunity to step away from the movies and tell a different story about the Engineers (visible in the Alien prequel of Prometheus), and the danger of corporate greed looking for a biological weapon to keep those who don't support their interests in line.

However, Ridley Scott is not a fan of the idea. He doesn't like that the story will be set on Earth. In Hawley's words he wants to explore the idea of "What happens if you can't contain it?" And then wants to follow up with (assumedly) the destruction of Earth, which I think could be incredible television. Ridley Scott (who coined the original idea of keeping the aliens away from Earth) says that "It'll never be as good as the first one." In the interview with The Independent Scott said that having the xenomorph creature at the center of the story is not what audiences want.

Okay...I think that Scott obviously knows his own creation better than anyone. But I want to put forth another idea. The thing that puts Alien in its best light is the mystery. It is the impending horror without showing a thing. It's very Lovecraftian in that way. If I was going to do something with H.P. Lovecraft's work (and I had the resources to do it well), I wouldn't show the Great Old Ones on the screen except in very rare instances to inspire awe. I believe the same thing could also work in an extended series...with the horrific elements of the xenomorph being talked about and shown in contrast to the actual creature itself. Of course, Aliens showed us that massive amounts of xenomorphs being slaughtered with futuristic weapons can also be nice, as it all felt very hopeless despite all that firepower.

Scott's take on Hawley's ability to play in the universe he created also feels really defensive. In other words, why would a show be measured against one of (arguably) the best horror movies ever made?" And whether or not you like any of the sequels, you have to admit that Alien by itself is a masterpiece. In my humble opinion, the plot is simple yet deviously smart, with subtle layers to it that one doesn't even realize until the film has played itself out. To explain further, I don't know if Hawley's Fargo is any better than the movie it's based on either. But it doesn't matter, because I enjoy them both.

Anyway, when I learned that this project is going forward, I felt a rush of endorphins. It will probably be coming out next year, and it will air on the FX network, which is also where Hawley's other series tend to land. I guess we will soon see if Alien can make the transition to television and obtain a whole new demographic of fans.

Email ThisBlogThis!Share to TwitterShare to FacebookShare to Pinterest
Labels: Alien, Fargo, FX network, I have thoughts on the Alien franchise that I want to share, Josh Hawley, Legion, Ridley Scott