Here are the things I liked and didn't like about season 3 of Titans all in one post. 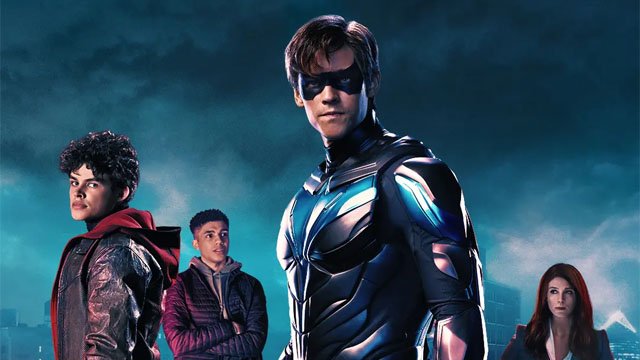 I've always been a fan of The Teen Titans, The New Titans, and Titans from the DC Universe. I fell in love with them many decades ago, because of George Perez's artwork and Marv Wolfman's writing. But even as the characters evolved and other great comic book writers came and went along with artists that became legends, I've always thought that these characters were a lot of fun. Raven was my favorite, followed by Wonder Girl (and later Troia), Nightwing, and Beast Boy. People who review the shows always want to point out that what we get on screen differs a lot from the source material. This doesn't bother me at all in comic book movies, because every new writer that comes along does their own take on the source material. Look at how many times Spider-Man has been retconned in the comic books, and you'll see what I mean. The only thing that matters (really) is that the characters stay more or less within their lane.

Titans season 3 just recently wrapped up, and there were a lot of loose ends and some startling developments. We found out that ARGUS has moved into town. If you are familiar at all with the Arrow-Verse, you see this agency early on in Arrow as the ones who are behind The Suicide Squad. And then they kind of work a lot with other super heroes like Green Lantern. They specifically dropped the name Roy Harper in the finale, and he's been mentioned a few times before. If you don't know, Roy is also known as "Arsenal" and he is Green Arrow's (Oliver Queen's) former sidekick. This character was also in the Arrow-verse early on as Roy became Olly's sidekick while dating his sister (Thea) in the show. Anyway, I expect that ARGUS will be important in season four (should this show gets renewed). Honestly, it's probably a toss-up at this point as the show has not been knocking it out of the park at all. But it's also just barely good enough to keep me invested. In other words, I am enjoying myself, but just barely.

THINGS I LIKED ABOUT SEASON THREE:

1) I liked that the budget seems to have improved. Given that they have so many superheroes, I get it. Effects can be expensive. But I liked the new powers Starfire manifests, I definitely like the effects on Nightwing's batons when he beats up bad guys, and I like that they FINALLY gave Gar another animal form and it didn't look too cheesy. Raven's powers are growing significantly and look cool. It seemed like she swallowed up some people in a "kind of" soul self thing, although it hasn't quite taken on the appearance of the Raven shape that it has in the comic books. But she's now wearing the Raven-shaped hood which I love. Maybe teleportation is next? That would be really awesome. Maybe we will get a huge T-shaped tower on an island in San Francisco? These are all things that I would love to see...so please INCREASE THIS SHOW'S BUDGET!

2) I liked that Hank died. Yeah...I went there. I was tired of Hawk and Dove, and I'm glad that those two have exited the series. They were the least interesting pair of people in the show, and I sincerely hope that they don't find a way to bring the characters back.

3) Donna Troy needs more spectacular effects. The season finale showed her using the lasso to anchor to the sky to draw down lightning from a storm that was created when Starfire and Blackfire vaporized a Lazarus Pit. I gotta admit...that was cool. Superboy is also a really awesome character, and I wish his powers were more represented with some really cool effects. But I'll take what I can get I suppose.

4) The actors are perfectly cast. This is a strong plus for the show. Starfire feels like Koriander to me. So does Superboy and Beastboy, etc.

5) Themiscyra was fun...I just wish there was more of a special effects bonanza to go along with it (kinda like what we see in the Wonder Woman movies).

1) There was way too much Jason Todd. He's another character that is like Hawk and Dove. I never liked this whiny brat in the comic books, and I was glad when the Joker killed him off (and I wasn't the only one), and I was disappointed that they found a way to bring him back using a Lazarus Pit so that we had to suffer an entire season of him being both a villain and an anti-hero. Like...that was just horrible. It was fun to see Scarecrow though, and I liked very much that they borrowed a lot of Hannibal Lecter to infuse into their version. It made him believably sinister and evil.

2) I didn't really like the Lazarus Pit stuff. Ra's Al Ghul used to be one of my favorite Batman villains. However, I feel like this villain has gotten stale. They used him in the Nolan films. And then they used him again in season after season of Arrow. And I guess he's coming back in Titans. Titans had so many fun storylines that I wonder why they are digging so hard into the Batman's rogues gallery to drum up bad guys. Maybe it's because they squandered/wasted Trigon the Terrible so early on. I mean...that was just a waste in season one, and it hurts even more that they tried to do this world-ending villain on a shoestring budget. Trigon is worthy of an Avengers-level budget.

3) Why are they introducing Tim Drake? I like Tim Drake as Robin in the Batman comics. But can we not (at all) leave behind the Batman and Gotham and have our own Titans storylines? Sigh.

4) I didn't like that Oracle was a supercomputer that was just kept in a room where Barbara Gordon would visit it and ask it lame questions. In the comics, Barbara Gordon WAS Oracle. She was the eye in the sky. She coordinated the Birds of Prey and fed them all kinds of information.

So there you have it. Anyone else watching Titans and care to weigh in on whether you like it or not?

Posted by Michael Offutt, Phantom Reader at 12:39 AM

Email ThisBlogThis!Share to TwitterShare to FacebookShare to Pinterest
Labels: Here are the things I liked and didn't like about season 3 of Titans all in one post, Titans