Star Wars: Visions poses the interesting idea that maybe Star Wars should have been anime all along. 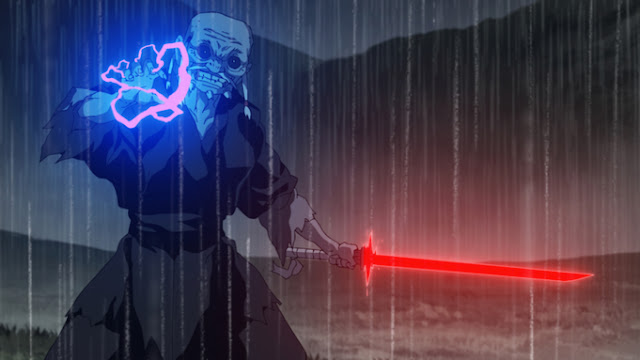 Mark your calendars folk, because on September 22nd, Star Wars: Visions hits Disney+.  This show has style, and you can only see what I'm talking about by viewing the trailer. It looks like there will be nine episodes. The list, announced by Disney, is as follows:
It looks like (from the trailer) that Kylo Ren stopping a blaster bolt midair has been decided upon by the world and judged as "badass," so we are going to see a lot of that kind of thing. Additionally, it looks like someone stops a lightsaber thrust during a duel with the Force. If this is true, I'm surprised it doesn't happen all the time.
I haven't been this excited about Star Wars in some time. I think just maybe it's because it is so different. Of course, Anime is always way over the top on stuff. But why should we continue to pretend that the Force and the Jedi are not "way over the top?" Those powers and what they do are being portrayed exactly as intended, and that's all I've gotta say about that.
Posted by Michael Offutt, Phantom Reader at 7:04 PM