I feel so much empathy for what Wanda Maximoff is going through and it is painful to watch. 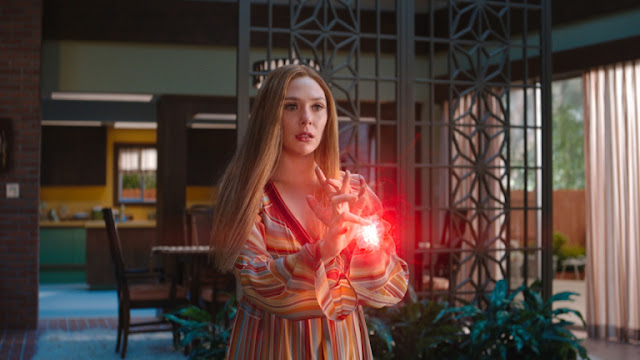 I've been watching WandaVision like many of the rest of you out there. For me, it hasn't been all that enjoyable. As a caveat, I'm not saying that it isn't good. It is, but it's the kind of painful entertainment that Marvel seems to be embracing to tell its stories that I may not be the biggest fan of. Spoiler's ahead as I continue to discuss what I'm talking about.

So, it's this idea of trauma. In Avengers: Endgame it was "fat Thor," which I found to be an extremely painful character. It was played off as funny, which I didn't appreciate. It's one reason why I have not rewatched Endgame, and one huge reason I didn't like the movie. Thor was in incredible pain. He had suffered tremendous trauma, and none of his friends bothered to check-in on him in five years. Thor had essentially been abandoned to become an alcoholic, as he sought out drug abuse as a means to deal with the horrible things he had experienced. I absolutely loathed and hated what they did to Thor in this show.

Well, Wanda Maximoff is next on the list it seems. I always felt that Wanda should be incredibly damaged by the trauma of both losing her brother and then watching Vision die and then herself being "dusted." What WandaVision is doing is examining what happens when a goddess (a person with god-like powers) goes through extreme trauma, sadness, and grief. When I watch this show, it is painful. All the laugh tracks, her mind-controlling everyone, and her anger... it's all incredibly sad. This character is in unfathomable emotional pain, has the power of a god, and none of her friends care. They are all gone; there is no one from the Avengers trying to console her at all. In fact, it seems to have taken everyone by surprise, because no one expected her to go off the rails like this.

It's an incredibly good story, but it's also incredibly uncomfortable too. Elizabeth Olsen is doing a tremendous job in playing this character. I see the pain in her eyes every time she is confronted with a thing that breaks with her "suspension of disbelief." At this point in the season, these "fourth wall breaks" are manifesting multiple times in an episode. At some level, you know that she is aware that she has become unhinged. But it's what she wants. She tells people to leave her alone, because she is finally happy. However, that isn't an option because she's hurting people. Wanda has become the villain.

It reminds me of the same arc that Daenerys Targaryen took in the Game of Thrones series. Here was an incredibly capable and intelligent character who just had so much trauma that by the end, she became the mad queen. I wonder why this kind of madness seems to only hit female characters. Why trauma just seems to build and build on these kinds of characters, and (because they are female) they snap and the whole world has to pay for it.

Most of these kinds of stories all have a character eventually learning to deal with their trauma, and then moving through it to get to the other side. I don't know what Wanda's "other side" looks like at this point. But I don't think there is a cure for madness when it happens to a god. Most of these kinds of stories end very badly, and I wonder if this is just another way to "put down" a character after they have gone crazy. I am invested in the series, and I want to see it through its conclusion. But yeah...it's a painful watch for anyone with empathy who actually can see what's going on.

Posted by Michael Offutt, Phantom Reader at 12:29 AM

Email ThisBlogThis!Share to TwitterShare to FacebookShare to Pinterest
Labels: I feel so much empathy for what Wanda Maximoff is going through and it is painful to watch, WandaVision