Christina Aguilera's song from Mulan is a beautiful ballad for paladins and a surprise for movie goers because its for a film that makes its debut on streaming. 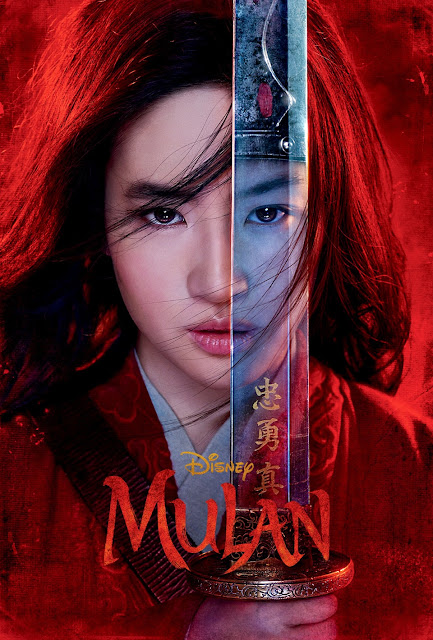 Pretty soon, some of us who are subscribers to Disney Plus get the opportunity to pony up $30.00 to watch the movie, Mulan, which drops on the streaming service the first week of September. I have been looking forward to this movie for half a year now, and I will be purchasing said movie. It's actually got me excited, because I wrote in a much earlier blog post this year that I should have been able to see Mulan by now, and it sucks that I haven't been able to do so. The whole Covid-19 has sent the entertainment industry into a tailspin, and I deeply hope that movie theaters don't march off to the dinosaur tar pits and watching things at home becomes the "new normal." I say "yuck" to that, but as I'm a nobody in the world (pretty much), I will just have to adapt like most everyone else.

Now that I've said that, I will also add that I deeply enjoy that some of the streaming services are doing an effort to put out quality products. Mulan by any means was an expensive film, and it's kind of shocking that it is debuting on streaming and not in a theater. I applaud those who made the decision to give us a bit of a treat while we are all stuck at home dealing with a worldwide pandemic. Below is a music video for a song called Loyal, Brave, True by the singer, Christina Aguilera. It dropped last week, and I listened to it and instantly liked it. Again, this kind of quality is super unexpected from a movie that is making its debut on home screens. Christina's voice is so rich and full and lovely, and I love the Asian-feel to her outfit. I suppose being half-Asian, I feel a kind of kinship with movies and television that pay a respectful homage to those ancient cultures.

Anyway, if you have the time and you haven't heard the song, you should give it a listen. My friend, Meg, said that Christina's voice reminds her a lot of how Cher used to be, with a rich and full and powerful voice that is full of soul. I've thought about that assessment, and I think it hits the mark. It's also a beautiful ballad for paladins (for any Dungeons & Dragons players out there).

Posted by Michael Offutt, Phantom Reader at 12:22 AM

Email ThisBlogThis!Share to TwitterShare to FacebookShare to Pinterest
Labels: Christina Aguilera's song from Mulan is a beautiful ballad for paladins, Mulan