I'm not excited to see Joaquin Phoenix play The Joker. 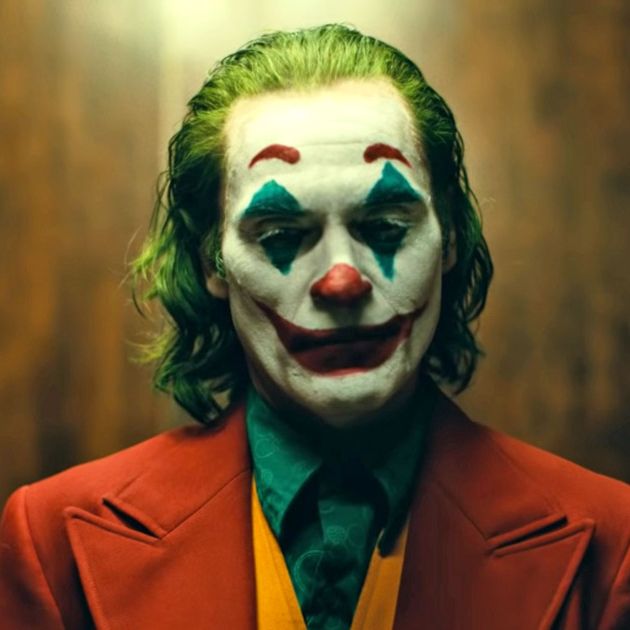 The Joker is probably the Batman's most iconic villain. Growing up and collecting Batman comics, Detective Comics, and reading the stories written by Frank Miller, Sam Hamm, and others...probing the subject matter of Death in the Family (in which Jason Todd dies) seeing the appearance of Tim Drake in Batman Year Three and on and on and on. I collected, consumed, and loved these stories. I understand that comic books are an industry, and that all of those stories were just money grabs. Comics kind of lost their way when they started making panels so huge that only one or two of them could be featured to a page, and some were being released with alternative covers so you had to collect all five. Do you have the special "black bag" edition when Superman dies? Why yes I did. I fell for that. However, I had fun at the time, and as a kid an an immature nerdy adult, I guess that's all that matters.

I have spent many nerd years thinking about the Joker, and I honestly don't think he's anything more than a psychopath that dresses like a clown if he is shown in a story without the presence of the Batman. I've heard that Joaquin Phoenix has turned in a stellar performance as The Joker, which (to be honest) doesn't surprise me. Joaquin Phoenix strikes me as one of those people that probably couldn't do any other job than the one that he has because he's probably got mental illnesses and demons of his own to wrestle with. Being in a field where he can channel all of that into a character for an audience just suits him well. It'd be like having a super beautiful young woman who likes to be naked a lot in front of other people and have exhibitionists sex seeking out the career of a porn star. People might say, "You are so great at your job! We've never seen anyone perform like you!" Well...duh...it's what they like to do, and it comes naturally to them. Do we praise mountain goats for climbing mountains and cliffs really well? It's what they do. For what it's worth...I've heard that sharks are excellent swimmers. Go figure, right?

The thing that makes me annoyed about the Joker probably stems from my like of the character. I think the Joker is an excellent villain. However, the character (because of its mental illnesses and demons) has become an "award grab" rather than a "money grab." Every actor out there who wants to prove their acting chops slavers at the idea of turning in a "Meatloaf worthy" performance as The Joker, because the character's range is built to handle that. As a caveat, I know that may not have been Heath Ledger's intention, however, his performance as the character pretty much defined it for a whole generation of people. But so did Nicholson's.

I'm old enough to remember people who talked about how great of an actor Nicholson was after walking out of Tim Burton's Batman, and how Nicholson's turn at the Joker cost some $50 million (which was an unheard of sum back in the eighties when it was released). Nicholson (at the time) was already an Academy Award winning actor, so he had nothing to prove other than to turn in heavy and drippy art worthy of his reputation. It's the same thing that countless other artists do: anyone remember Francis Ford Coppola mailing in the visual feast that is Dracula? I call this kind of spectacle the "Meatloaf" phase of art, because it all strikes me as incredibly overwrought, kind of like a lot of Meatloaf's songs. Celine Dion after finally making it, turned to singing ballads worthy of Meatloaf just because she could (think of it's all coming back to me now). Michael Jackson went from just doing music videos to making mini movies filled with crazy special effects. So did Madonna...I remember the video for "Express Yourself" was just over-the-top.

Anyway, I think that is what "The Joker" as a character has come to represent. It's something that artists who are intent on proving themselves to the world seem to want to portray (as the icing on the cake), and that disappoints me. For one, there should be more crazy roles out there for people who truly want to stretch their acting chops (like Brad Pitt's go at Twelve Monkeys). The Joker being cast and recast and done and redone is removing anything that was special about that particular character. And I'm not sure I'm interested in watching yet another talented actor pour their heart and soul into a role that has been done before, and by people who took it just as seriously.
Posted by Michael Offutt, Phantom Reader at 12:30 AM

Email ThisBlogThis!Share to TwitterShare to FacebookShare to Pinterest
Labels: I'm not excited to see Joaquin Phoenix play the Joker, Joaquin Phoenix, The Joker