I finished watching Titans and I gotta say that I'm excited for season two whenever it comes.

There are Titans spoilers in this post, in case you are planning on watching it. 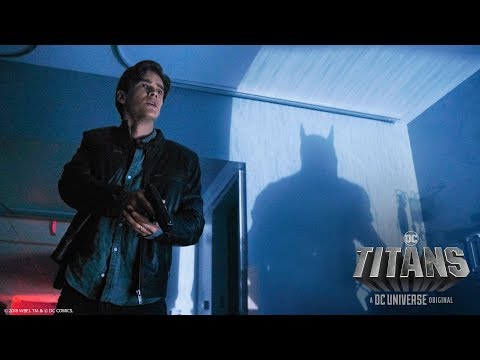 I finished Titans first season, and I actually liked the whole thing. To explain just a wee bit, I'm a pretty big Titans fan, having owned the original run of comic books written by Marv Wolfman and drawn by George Perez (who was the Michaelangelo of comic book art). I was there for the first visitation of Trigon the Terrible, and I was there for the second coming as it were when the comics were released in all new format and they dropped "Teen" from the title to just become The New Titans. They've made a bunch of changes from the books. For one, Trigon never needed a bunch of cultists trying to help him to cross over into our world. Raven, a being trained in Azarath and taken under her wing by the goddess Azar herself, used all of her willpower to keep Trigon from stepping into the world through her soul. She ended up finally losing to him, and when Trigon stepped through, he was as tall as a mountain, turned Titan tower to stone, and sat on it like a throne. Then he took over the entire world and all of its heroes with his mind. Not a single hero...even Superman and Wonder Woman...could resist him.

Needless to say, the show doesn't do that, and it probably never had the budget to do that. But I still think it turned out okay. Maybe in Titans's second season, we could get more of Trigon the Terrible and a bigger budget to make the truly spectacular things that are in the best issues of The New Teen Titans and by extension The New Titans. But it does make me worry just a bit that the whole DC Universe is going to implode upon itself with the cancellation of Swamp Thing (while its still airing its first season) and talks of another streaming platform being released because Warner Brothers (and Time Warner) have now merged with AT&T. As new owners go, they have a different vision for where all of these things should go, which is their right. Capitalism ruins so many good things folks, but don't get me started on any of that.

For what its worth, the cast of Titans is spectacular. They are all good actors and actresses, and I even like Raven, though her representation in the show is vastly different to the one that you see in the comic books. But maybe they will get there? Here's to hoping.

I did like that the season finale exclusively focused on Trigon the Terrible using his mind powers to completely take over Nightwing. I was wondering how they were going to show Trigon's mind control, as it seems like a difficult thing to do. And it made perfect sense to kind of play on Dick's fear of the Batman going off the deep end and going full-on psychopath murderer (which is what happened in Dick's personal universe that Trigon trapped him in until his will to resist him crumbled). There will no doubt be more of these, as the Titans one by one are succumbed to Trigon's will in the first season, and then I imagine somehow they will free themselves to battle him in the second season finale.

I wonder if they will be able to work out any cameos from Warner Brothers' larger DC universe franchises. An appearance by Jason Momoa with Aqualad might be cool, as would an appearance of Gal Gadot with Wonder Woman. And then maybe they could use Titans as a launching point to introduce Pattinson's new Batman and possibly do the same thing with whomever they cast to play Superman.

Email ThisBlogThis!Share to TwitterShare to FacebookShare to Pinterest
Labels: DC Universe, I finished watching Titans and I gotta say that I'm excited for season two whenever it comes, Titans