Are people who act helpless flaunting their privilege? 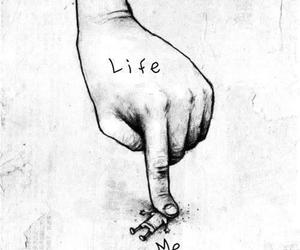 There are both men and women who I know that put on a daily act of helplessness so that they can be rescued by others around them and/or their direct partners. The most recent example of this happened on Tuesday of this week. I invited a man over (and his husband) who I haven't seen in about ten years. I remembered this person being quite capable in the past, but when he was over on Tuesday night, he was essentially helpless.

Case in point, he left the refrigerator door ajar, and I asked him to close it. The man stared at the fridge and then shoved it with a somewhat limp wrist and it didn't close. "It's broken," he said. I replied, "No it just has a bar that unfolds when you shove it closed. Use some force." He tried again and failed. Then he opened the door and looked at it closer. "There's something blocking it," he said. Again, I told him to use some force. He finally managed to get it closed. The refrigerator (to his credit) requires about five pounds of force to be exerted to get it to latch. But it was like pulling teeth to get him to do it, and he seemed very put out by it.
When we played cards, we asked him to take his cards in one chunk directly from the top of the deck. The goal is to get exactly 22. If you don't, it's no big deal because you just put extra cards back. If you end up with fewer cards, you just draw up to 22 (again no big deal). But if you nail it, and get exactly 22 to start Hand and Foot with, you are awarded with 100 points. So it comes to his turn to grab cards off the deck, and he daintily puts his hand on the deck and starts to thumb through them, taking an excruciatingly long time to get his cards. "Are you counting them?" someone asks. He replies, "No, but this is the only way I can get cards. I can't grab like you do. I just can't do it." He looked at his partner for help. His partner just grinned and said, "Just take a chunk of cards." "I can't," the man replied. "This is so weird. I don't get it." He obviously wanted help, but we didn't enable him. Finally he got his cards and we started play. Again he looked "put out." He wanted to be rescued.

Another example of this occurred with my brother's roommate. I guess he pressed the garage door opener and the garage door started to descend and then detected something and went back up again. He freaked out, waving his hands on either side of his head, and went into the house saying, "I-I don't
know what's happening...the garage is broken. Help." My brother (baffled) stepped out into the garage, and hit the button again and this time the garage closed. My brother told this man, "Sometimes some dirt or something or a leaf, debris of some kind, gets into the track and can cause it to go back up again. Just hit the button again." The man replied, "I'm so sorry. I'm glad you were here. I'd never figure it out."

Before I get onto my actual point in this piece, I want it clear that I'm not complaining about people who practice what seems to me to be obvious "learned helplessness." Rather, I'm wondering why it happens in people with no disabilities? I want to ask, "How are you so helpless? What's going on here?" It would be easy to dismiss it as sexuality, as in "he's an effeminate man and a homosexual so this was taught to him by the community." My comeback against this is a simple and abrupt rebuttal: "But was it really? I think something else is going on that has nothing to do with sexuality or appealing to male egos (as in the case of women who might act "helpless" in order to "create a circumstance worthy of rescue."

I live alone. I have no one to help me that lives in my house if something catastrophic happens. If there is something that breaks, I cannot shout into the empty room, "Oh no...it's terrible...I don't get it someone please help" and sob and break down with my hands fluttering in the air and batting my eyelashes and actually expect a voice from that empty room to come to the rescue. If I don't fix it myself, if I don't address the problem, then whatever is broken STAYS broken and non-functional. I don't have a choice, and I don't have the privilege to act helpless.

So I started to look at people who do act helpless trying to identify enablers in their life that coddle them and allow them to get away with acting like this. And in every circumstance, I found one (usually a partner). It was a ridiculous epiphany as I realized in my own head, "In this relationship, one person is creating work for the other and the other person is oblivious to it. They are absolutely capable and have the intelligence to fix this issue. But they are lowering themselves to the baseline of child-like helplessness--as in acting AS HELPLESS as a child. I've seen years and years of this compound until the person actually is helpless because they've not used or relied upon areas of their brain for so long that these skills have atrophied. It's a fascinating thing. Why would anyone do it? Is it because they are flaunting their privilege to an audience of people who may not have privilege? A "look at me. I have someone that takes care of me and you don't!" type of attitude. Could it be that petty?

Knowing how people are and how the rich flaunt their wealth and how the beautiful flaunt their bodies, it makes sense to me that flaunting privilege of this kind is yet another example of how people shore up a waning self-esteem (by trying to get validation that someone cares by repeatedly asking for rescue).

Anyway, these are just thoughts, but I wanted to ask you (dear readers) what you thought. Are people who act helpless flaunting their privilege? And if not, then why are there so many people out there who embrace helplessness and shamelessly cry out to be rescued when they really could rescue themselves quite easily from whatever problem is causing them distress.

Email ThisBlogThis!Share to TwitterShare to FacebookShare to Pinterest
Labels: acting helpless, Are people who act helpless flaunting their privilege