There are a lot of boy and robot team up stories and I wonder if the appeal is control.

I watched Terminator 2 last night with the kids who I am slowly educating on the most relevant movies ever made. As Edward Furlong (playing John Conner) interacted with Schwarzenegger's Terminator Cyberdyne model series T-800 Model 101 (living tissue over robotic inner skeleton) I realized that there are a lot of stories that share this same theme. 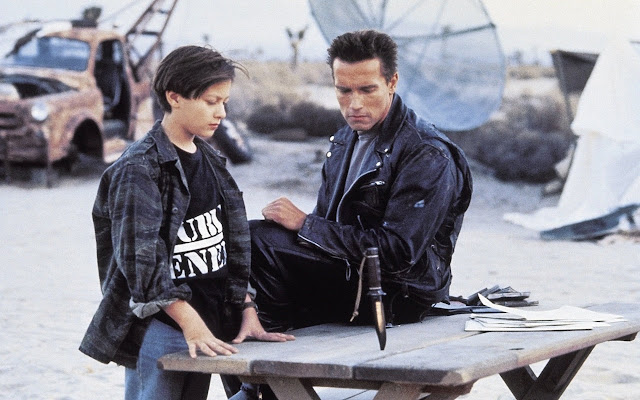 We have Lost in Space, with the kid named Will Robinson interacting with Robbie the Robot. In the Netflix reboot, the robot is every bit as kickass as the terminator is in Terminator 2 (the best Terminator movie in my opinion), because it is nigh indestructible, relentless to its mission, and is always there at the beck and call of its master. 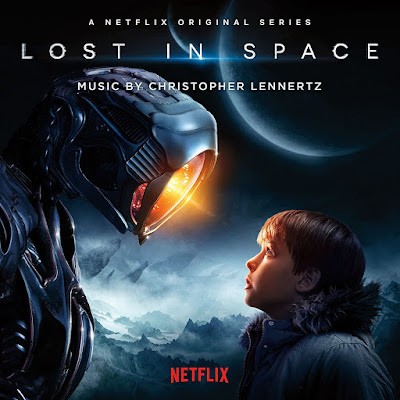 Then there's Big Hero Six, a Disney animated movie, in which Baymax (programmed originally to be a medical assistant) also takes on the role of being nigh indestructible, pretty relentless, and at the beck and call of the kid who controls him. 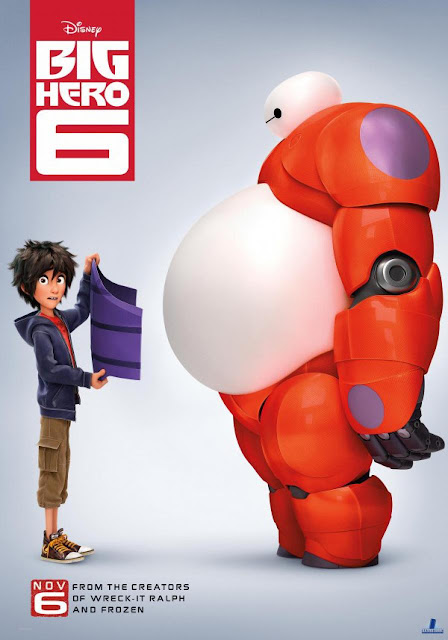 Need another example? How about Real Steel? In this one, the robot doesn't even have a personality as it's completely under the control of the kid. Without the kid, it really is useless. And thinking about this made me realize the allure of robots to boys and men (acknowledging that you really don't see girls and women wanting to interact with robots). So what's it about? My idea is simple. It's about control. It's an instinctual desire...meaning that I don't think that boys necessarily and cognitively process that they want 100% control over something. Rather, it's just something that manifests. "I want complete control over _____." It's a strange almost primordial urge to recognize dominance, and (honestly) now that I realize it, this whole idea is kind of weirding me out. 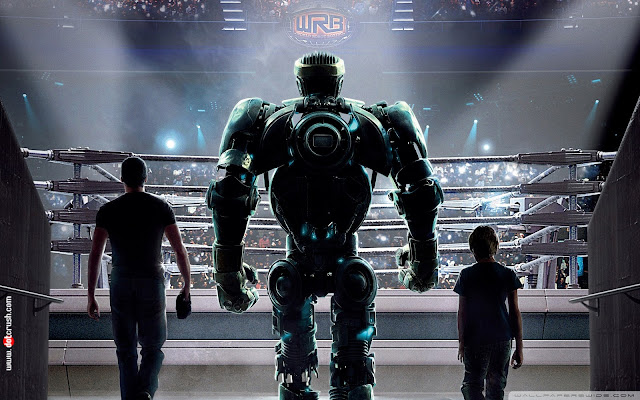 At my work, I sometimes interact with children with autism. A lot of them do not possess social skills, and they also dislike or refuse to work with people. However, they will interact with a robot that we have that has the ability to talk, move, and make many facial expressions. While interacting with the robot, the children can learn from it. The curriculum is under the control of a teacher who has an iPad, but the robot is also under the control of  the student (who also has an iPad). Oh, and by a huge margin, boys seem to like interacting with the robot over girls (in my admittedly small sample size). Then again, I really haven't seen too many girls with autism (it's mostly boys that seem to get it for some reason).

So why is this happening? No one knows for sure, but I'm starting to think that kids with autism don't want to interact with real humans because (at some level) they know that this human they are interacting with does not belong to them. They do not get to boss around the human. They do not get to control the human. And so, they choose to completely shut down because this "lack of control" is too much to deal with.

As usual with my crackpot theories that I spout off on this blog, I could be completely in the wrong here, but I feel like I'm onto something. What is it about being male that expresses itself in wanting to control a thing of some kind utterly and completely? As evident in this post, I'm not sure what it is. The only thing I am sure of is that females don't seem to have it in as much abundance. Maybe that's one reason why video games and computers tend to have a much larger male base than female. Males are drawn to worlds that they can control utterly and completely down to the smallest hair waving in a phantom wind to however many leafs there are on a tree in a video game.

Any thoughts on this? Has anyone else done some armchair observation and noticed that men seem to have an inner control freak? I wonder if more male authors self-publish than females? Self-publishing gives complete and utter control to the one publishing, and if I'm right, it would mean that this would be very appealing to males in general. All of these questions are too big for my little blog, but I am interested in your viewpoint. And of course, by next week I will have moved onto something else to think on, having given this particular idea more than a few passing thoughts.
Posted by Michael Offutt, Phantom Reader at 12:06 AM

Email ThisBlogThis!Share to TwitterShare to FacebookShare to Pinterest
Labels: Big Hero Six, boy and robot, Lost in Space, Real Steel, Terminator 2, There are a lot of boy and robot team up stories and I wonder if the appeal is control