San Diego Comic Con is the king of conventions but it is logistically impossible for most fans to see any of the good panels. 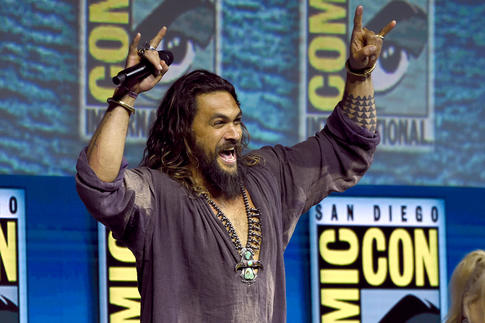 This weekend, San Diego Comic Con exploded the internet with all kinds of stuff that I'm interested in. There was the first trailer for Aquaman, the first trailer for Godzilla: King of the Monsters, new trailers for Fantastic Beasts: The Crimes of Grindelwald, the first Shazam! trailer, the first trailer for the second season of Star Trek: Discovery, and a bunch of stuff for television. The only problem is that everyone else in the world also finds these things interesting. Nerd and geek culture is obnoxiously huge these days, and it's not hard to see why. Simply put, the kinds of things we are able to visualize (thanks to the power of computers) is nothing short of pure fantasy. Anything that can be thought up can be realized (if it is able to be drawn). It's kind of crazy.

The dark side of all this is that a regular schlub like me has absolutely no chance of seeing any of this at San Diego Comic Con. I've never been there to verify this truth, but when I read about what people have to do in order to get into these events and forums, it's just seems downright impossible. There are people that camp out for a week just to get into a specific hall. And this has nothing to do with getting a ticket, which is probably impossible to get as well without some kind of super duper internet connection.

Anyway, it seems like the enjoyment of these kinds of things has really moved onto, "If you want to hear the news first, you need to subscribe to this online magazine or twitter feed and follow me so that I can get it for you." I guess I'm complaining that I wish it wasn't this way. I wish that people who legitimately were interested in these kinds of events could (without too much trouble) get a ticket and then show up at a hall about 30 minutes before an event aired, and then get to see (and hear) all the cool stuff. But there's just too many people for the San Diego event center to handle (and the event center is reportedly enormous). So to simplify...there's just too many people...and that kind of sucks. Unofficially, I've heard that one million people attempt to purchase 55,000 passes.

So I guess I'll just continue reading about these things online and wishing that someday, I might see it live. But I doubt it. I just don't have the stamina to camp out for a week to get into a hall for an event panel.