Debussey's Clair de Lune heightens the awe you feel when watching the trailer for Godzilla: King of the Monsters. 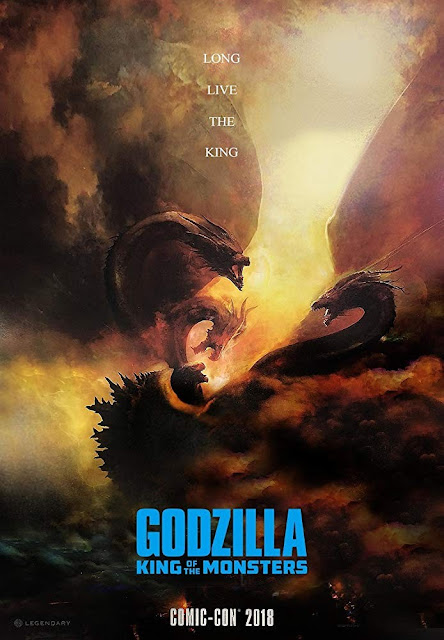 The trailer for Godzilla: King of the Monsters features Claude Debussy's classical suite called Clair de Lune, which is French for moonlight. It's an unusual score, and this version of it from Imagine entertainment seems to be a perfect fit for the majesty of these enormous monsters. In Japan, they are known as kaiju, which is Japanese for "strange beast." But in the movie, the Warner Brothers shared universe for these films is going with "Titans," which evokes inevitable comparisons to godhood. I suppose if such creatures did exist, there would be some that would worship them as gods. This is the whole point of Mothra (my favorite kaiju) who unfurls her wings in a perfect emotional height of the musical score. I can only imagine that when this thing appeared in Hall H at San Diego Comic Con, the crowd must have shook the building with their enthusiasm. It really is one amazing trailer.

So a little history on Clair de lune. First it was originally intended to go into an animation sequence for Fantasia, but it was not included in the final cut of the film due to running time issues. It is the third and most famous movement of Suite bergamesque, and I've heard it mostly played via piano. It really is a fantastic piece of music, and it has me in awe that it fits so well with these gigantic monsters on screen. Is it awe? I think that has to be it, because the sheer size and power of the kaiju is awe-inspiring unto itself so why not evoke awe in the music as well? In my humble opinion, it is a brilliant directorial choice.

There is so much destruction in this trailer, and it definitely has an "end of the world" feel to it (as it should be). I've read online that King Ghidorah creates a hurricane everywhere he goes because of interactions of the energies (that power his breath weapons) with the atmosphere. Personally, Ghidorah is a fantastic villain for this show, and it totally ups the stakes on anything that we've seen in the first Godzilla movie that came out in 2014. Predictions: Mothra and Rodan (after Rodan goes around destroying a few things for fun) will join forces with Godzilla to take down King Ghidorah. In the words of Ken Wattanabe (from the first film), "Let them fight," not that there's much of a choice in this matter. They're essentially immune to everything.

Random thought: Have you noticed that Millie Bobby Brown from Stranger Things is staring at the sky a lot in her career in both Netflix's Stranger Things and now this? I think she was meant to be a sky watcher.

If you haven't seen this trailer yet, I encourage you to click on it below and watch.
Posted by Michael Offutt, Phantom Reader at 7:57 AM