The internet is our id. 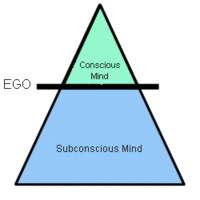 I was having a conversation the other day with a co-worker, and it was about the new Lost in Space series on Netflix and how I had hoped that they would explore ties to Forbidden Planet, which is a 1950's science fiction show that I find incredibly interesting. My co-worker had no idea what I was talking about, and so I explained the plot of Forbidden Planet and how the ancient race of Krell beings with their fantastic technology were all killed off in a single night by "monsters from the id." This is a direct allusion to Sigmund Freud, who postulated that within all of us, there is the mindless primitive. The creators of Forbidden Planet extended this "mindless primitive" to the Krell race, and essentially said that no matter how far advanced they had become, each one had a mindless primitive within themselves capable of terrible and primal emotions like greed, jealousy, and anger.

Well, my co-worker was impressed by the plot of this old movie, and then he asked me if I had seen Ex Machina. I had (of course) and he was like, "The movie that you were just telling me about reminds me a lot of that...the whole 'artificial intelligence' thing and how our society is evolving and moving toward artificial intelligence because we think it will help us when in fact it will probably destroy us." This was an interesting topic, so I said, "go on" and he did.

He asked me if I had heard of an experiment where some technology company unleashed a primitive artificial intelligence to teach itself from nothing but social media. I told him that I hadn't. So he explained, "I read this in Wired or some other similar blog so I'm not making this up. But anyway, these guys inserted this artificial intelligence into a social media experiment like Facebook, and they asked it to learn everything it could. Within an hour it became a race-baiting, swearing, hate-filled nazi, and they were shocked by this and took it down. They installed some filters to see if they could prevent this from happening and then unleashed the artificial intelligence again into the social media universe. This time, it only took ten hours but the same result came to fruition...the thing became a race-baiting hate-filled bigot." Then my friend paused and he said, "The internet is our id. Plain and simple. It's like that movie, only the mindless primitive is the internet now and whenever any of us use it, we are swimming in the id of all humanity."

Honestly, I was kind of blown away by this realization, and I think he's right. So there you go...the internet is our id. What do you guys think? True or False? I hope to read some comments on this.
Posted by Michael Offutt, Phantom Reader at 12:04 AM

Email ThisBlogThis!Share to TwitterShare to FacebookShare to Pinterest
Labels: artificial intelligence will kill us all, The internet is our id