Where does the Marvel cinematic universe go from here? 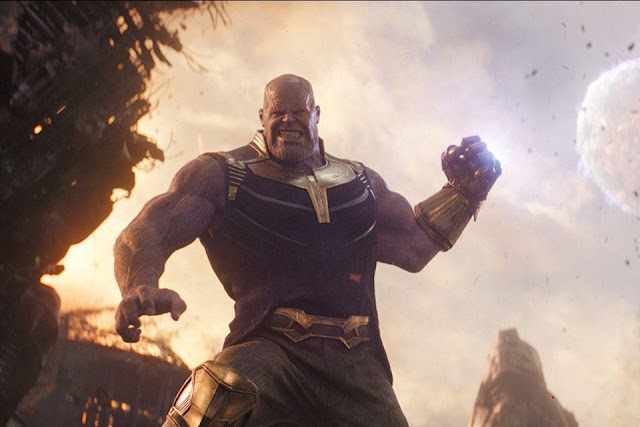 Warning: There may be some spoilers for Infinity War, but I'm actually not talking about the movie itself. Rather, I'm talking about the implications of where the universe of movies goes from this point forward. To do that, you kind of have to acknowledge the earth-shattering events that took place in Avengers: Infinity War.

The cinematic universe is different than the comic book universe, which has many options for retconning and for resurrecting fallen heroes. Among comic book fans, something similar to "Nothing ever stays dead for long in the comic books" gets said in just about every comic book store at one point or another. Marvel, and by extension, Disney definitely has a plan because they are releasing Avengers 4 in just one year. The previous Avengers movies have all been spaced out while Marvel released individual films building up to the next installment. They have also said that they are not running any comic book panel at San Diego Comic Con this year. I imagine that the reasoning behind this is because they want to keep some things under wraps until then. So what could it be?

Well, it may have something to do with what Doctor Strange said to Iron Man on Titan. "We are in the Endgame now." So Doctor Strange saw something in one of the ten million or more scenarios that he viewed with the time stone, but he also can't be a part of it. I can't even begin to understand that. So somehow all of what we just saw is going toward some kind of scenario where the Avengers can beat Thanos? That's what I'm thinking even if he seems pretty unbeatable at this point. Needless to say, I have no idea how that's even going to happen. As I said above, the cinematic universe is different, and I just have no idea how any of the movies or franchises are going to proceed now because of what we saw happen in Infinity War.

The things I do know are that the stories aren't done. We've got Ant Man and the Wasp happening in July. I imagine those events will be simultaneously happening in the aftermath of Civil War and leading up to Infinity War and the arrival of Thanos. There's Venom too, which will feature Peter Parker and not Spiderman, so it's obviously set in the past (just a wee bit) too. And then there's Captain Marvel in March, which we saw a brief spot in the stinger at the end of Infinity War. The story of Captain Marvel will take place in the 1990's and be an origin story before Infinity War (obviously). And then we have Avengers 4 in May 2019. So I guess we'll just have to wait and see how it all pans out.

If anyone has any clues as to how the Marvel cinematic universe will change because of Infinity War, please post in a comment :). I'd love to hear your thoughts.
Posted by Michael Offutt, Phantom Reader at 12:05 AM

Email ThisBlogThis!Share to TwitterShare to FacebookShare to Pinterest
Labels: Captain Marvel, Marvel, Where does the Marvel cinematic universe go from here