If there was a version of heaven that was the Legends of Tomorrow universe I'd name it Nerd Valhalla.

Legends of Tomorrow recently had its season finale, and I loved it sooo much because it had the most epic battle of all time ever. The chemistry between the cast has really grown since season one, and Sara Lance in the role of captain of The Wave Rider is everything that I could hope for in an inspiring leader. Additionally, Mick might be my favorite character, and I honestly used to hate him. But he has the greatest lines now, and he delivers them with on-the-spot comic timing. These are my personal favorite highlights from this spectacular season finale (there are spoilers in this post):

When combining powers of the totems, Mick repeatedly asks, "Are we making a baby?" and everyone ignores him. This made it all the funnier when that thing came out of the light, and his immediate response was to kill it with fire. That was just awesome, because it was obviously a "John Carpenter-esque" THE THING style abomination. 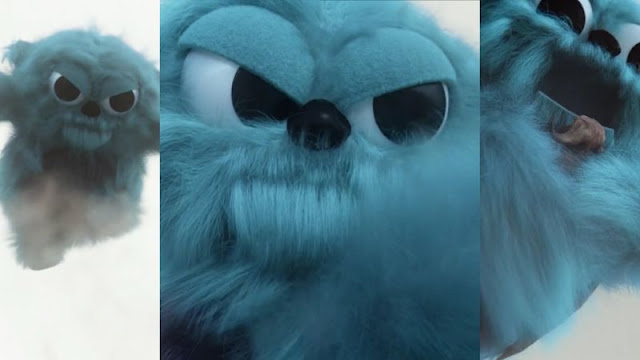 "Beebo Hungryyyy. I La-La-Love You!" Yes, Cuddle Me Beebo (whom we saw near the beginning of this season being worshiped as a god) finally defeats Malice, the huge D&D demon-thing (note that everyone has been mispronouncing this demon's name as "Mollus" and who Mick has been calling "Phallus). Also note that it is Malice that corrects their pronunciation of his own name. It's funnier when the villain demon thing is so bothered by it that he corrects them before fighting them. When Beebo wrestles Malice and defeats him with a huge body slam from the sky. Malice is gone and Beebo explodes into a blue heart of pure awesomeness leaving a crater and the Legends behind. This is how all season finales need to end, in blue hearts. 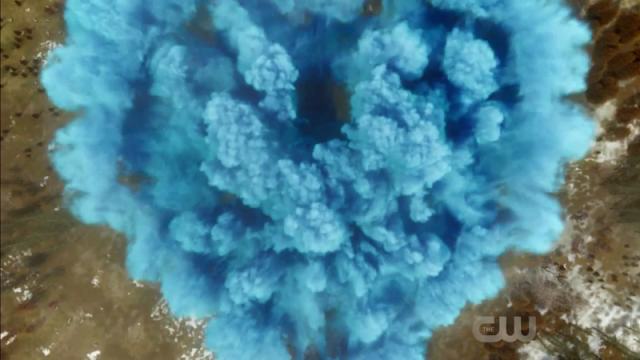 John Constantine looks like he's joining the cast of Legends of Tomorrow. This makes me really happy, because I've always liked the character of John Constantine and he honestly fits really well with the wacky group of Legends.

Sara giving that rousing speech to the Legends, Helen, Jonah, etc. and then following with "Now: how do we sneak out of the back?" was a high mark of the episode.

I'm kind of sad to see Damian Dahrk go. I was kind of really liking his villainy. It was such campy fun, and he seemed to be really hamming it up as a villain, which is perfect for a show like this. I know that ultimately he can't stay. He's evil (for one) and is probably too powerful to stay with the team, but he had incredible chemistry with Ray and Nate and Sara.

I'm glad Sara and Ava are a thing again.

Guys, this was an episode where a bad-ass Themysicra-trained Helen of Troy killed a shitload of bad guys with the standard sword and jumping around, and then picked up a gun and casually mowed down a shitload more of bad guys. That's another reason why everyone should watch this show.

I kind of squeed silently when Beebo did that Bruce Lee beckoning and then the kiai.... That needs to be captioned by someone online with the phrase, "Come at me bitch."

So in short, after becoming a Viking god. After the whole season of cameos. After we all became a little obsessed with it all. The Legends totem bearers finally got their shit together and Voltron into giant Beebo. The Blue God has returned to kill Malice with love and cuddles as only something so good and pure could. It was a perfect moment that really shows how crazy incredible this television series is. If you aren't watching, you should, and just skip season one. It's full of crazy chicken people (as Mick calls them) and they kind of ruin it (just being honest).
Posted by Michael Offutt, Phantom Reader at 12:26 AM