The drug company Allergan challenged other biotechs to self-police themselves for reasonable price hikes and no other company in the world joined them. 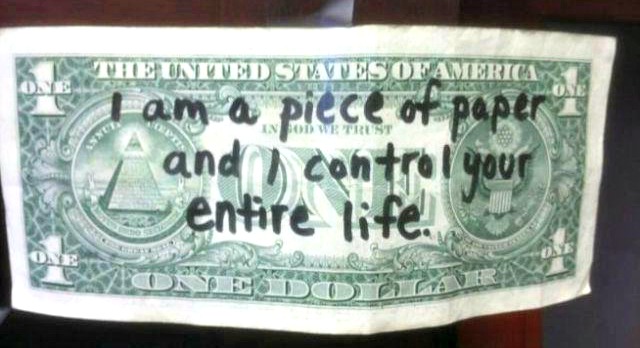 Great beauty is a fairy tale blessing bestowed upon princesses at birth. There's a reason for that: everyone wants to be beautiful. And whether you like to admit this or not, money is the same thing as beauty in the United States (and in many cultures around the world). People who are beautiful have many social advantages in life. Well, the same thing can be said for people with money, i.e., they have many social advantages in life.

It's honestly time that more people accepted this for truth.

Yes, I'm actually going there. I'm saying that people who have money are "in a sense" beautiful. They have as much power over society (sometimes more so because beauty fades with time). If you think rich people don't have as much power over society as beautiful people (or you don't value money) then congratulations, but you're wrong (and in the minority). If it horrifies you that I could sit here and write that, "a beautiful person could have their pick of sexual partners" and insist that the word "beautiful" in that sentence could be swapped out for "rich," then I think you're naive. I think that there are a lot of angry, delusional young people out there who have been struck by this reality, are having difficulty wrapping their heads around it, and very much want society to change. Well I've got news for those people: that kind of thinking has been happening for thousands of years. It's also not going to change.

It's not a new idea to actually be young and think it's reasonable to be 1) young, 2) beautiful, and 3) wealthy enough to never be dependent on anyone else for anything. After all, chances are a young and reasonably fit person already has the first two qualities in the bag. That third quality seems perfectly attainable, right? If it weren't for society and capitalism standing in the way. But more and more, that third quality is (in all reality) the size of a mountain equivalent to Everest. The fact is, most people will not have what it takes to reach the top of that mountain (or to even make it to base camp). Most of us (no matter how you feel) will be mediocre.

Sorry to pop your narcissistic balloon.

But that's what narcissism is, right? It grows from that sense deep inside you that you deserve better and people just don't recognize the greatness you are due. I think it's healthy when you examine those inner feelings of bitterness at not being appreciated and the light comes on and you realize, "Hey, the reason I'm being treated like this is perfectly valid. I'm a mediocre person, have accomplished nothing that society deems as great, and as far as I can tell...never will."

Like being born with natural beauty, it is possible to be born "rich." But for most of us, this just isn't a feasible reality. For most of us, you will be born into a system in which you (and your children) will live in socio-economic bondage for your entire lives. In other words, you will always be "beholding" to someone for survival. And if they ask you to jump, you better learn to jump just right.

So where do the young get their idea of it being reasonable to ask, and be given, just three "small" things in life? Perhaps they were coddled too much by parents who told their children, "You are a special snowflake."

But here's the thing. Saying,


"All I want in life is to be young, beautiful, and to have enough money to not be beholding to anyone. I don't think that's asking for much..."

is what I would call a complete "break" from actual reality. It's insane. That anyone wouldn't look at that and see that it's actually asking for everything just blows my mind. And if I learned one thing in life, very few people ever get everything that they want. Not my rule. I'm just stating how it is.

Sure, there are people who insist that money isn't important in a partnership. They turn their noses up and live in denial. It's a demonstrable fact that arguments over financial matters and stress is the greatest cause for divorce and the destruction of relationships. Having six-pack abs only goes so far.

Is this how it should be? I have no answer with regard to this question. I can only say that this is how it is. This is how life works for many people in the world. And here is my point: greed is part of the culture of America, and no where is this more apparent than with drug pricing.

Drug price hikes for a life-saving epipen from drug company Mylan recently created a "media hurricane." I watched the CEO of Mylan addressing congress on Thursday on CNBC. She flew to her meeting in a privately-owned jet. And she showed nothing but contempt for anyone that doesn't see that these drug prices are necessary to ensure the proper delivery of the life-saving drug. If people can't afford it, well those people just die I guess. Why does she think this way? Because she wants to be beautiful, and having lots of money is the same thing as beauty. 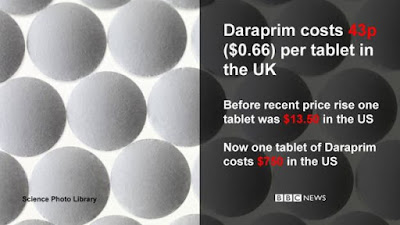 This isn't the only example. Another CEO of a drug company a few months ago got called on the carpet before congress over a tear-inducing 5000% price hike to a drug (Daraprim) that saves lives for people afflicted with a rare "life threatening" disease having to do with exposure to dirty cat litter.

Again, why is this happening? Simple answer: people desire to be rich. We call it greed. Greed happens because money is so incredibly powerful. It makes wishes come true. It gives you power over society. People respect, worship, and envy those who have it in vast quantities. It has the same importance and desire associated with it as a straight man's fascination with a super-model. Cry in horror all you want, but unless the power that money has over people is lessened, things will only get worse. 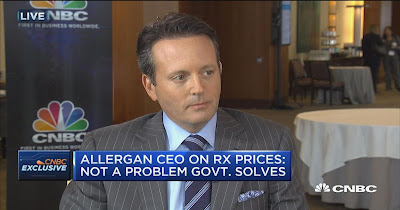 On September 6th, the Allergan CEO promised in a blog post that their company would limit future price hikes (in response to widespread criticism of the drug industry's practices). If you don't know, Allergan is an enormous biotech company. The CEO, Brent Saunders, also challenged other companies to join a pledge, fearing that someone like Hillary Clinton would start a push for federal regulation of drug pricing. This (of course) would make it harder for pursuers of money to become happy because there'd be fewer dollars to spread around for things like private jets, wining and dining, and being "pillars of the community"--another way of saying, "person with too much money gives it away for social status."

That seems promising, right? Someone in a big drug company finally got a clue and challenged others!

But here's the thing: No other company since then has accepted the challenge. Nada.

Allergan is the only one.

They've talked about this on CNBC. Some of the hosts of Squawk on the Street were kind of shocked. No one accepted the challenge? Is there no goodwill?

Yes, you are correct.

There is no goodwill.

That's our society. It's time everyone accepted it as fact. Look...I wish it wasn't so. I wish that money wasn't so powerful, but the rules to the game were set long before I ever arrived. I just happen to be useful in explaining them to people who may not understand how life works.
Posted by Michael Offutt, Phantom Reader at 12:31 AM

Email ThisBlogThis!Share to TwitterShare to FacebookShare to Pinterest
Labels: Allergan, drug price hikes, greed, money is everything, The drug company Allergan challenged other biotechs to self-police themselves for reasonable price hikes and no other company joined them