This week is the time when we all time warp back to the eighties and indulge in Ghostbusters and Stranger Things. 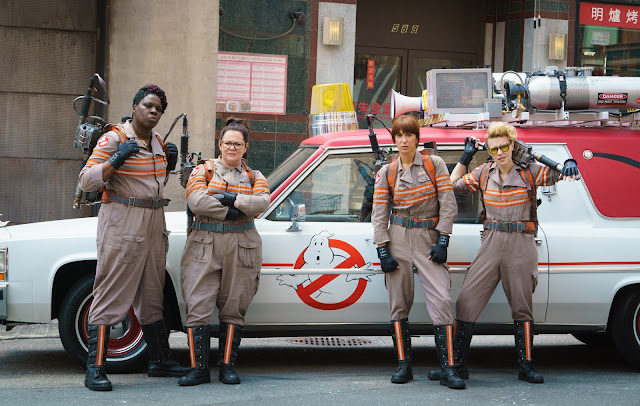 I once berated nostalgia. You can find that post HERE if you want to read about it. But my mood has changed since the days when I penned that blog post. This week we're getting a Ghostbusters reboot that I'm looking forward to seeing, and a huge game called Pokemon Go is allowing me to visit the Pokemon craze that I first noticed as a young adult. Though I'm certainly not a big Pokemon Go player, walking around to collect them will probably get me some much needed exercise.

But the thing I'm looking forward to the most this weekend is when Stranger Things lands on Netflix. Early reviews say that it's pretty brilliant. I know one reviewer said it has a retro credits sequence and a John Carpenter-esque score so I'm kind of sold on those two things alone. It also has a brooding atmosphere that is a combination of Stephen King and Steven Spielberg. Steven Spielberg was a film god in the seventies and eighties and King is hit and miss, but I have a feeling that only the best parts of King will be on display here.

Stranger Things also promises to explore some J.J. Abrams-esque "science fiction" parallel worlds stuff like we saw in Fringe. For the record, I loved Fringe.

So I guess this week is the time when we all time warp back to the eighties and indulge in Ghostbusters and Stranger Things. That is, if you can manage to pull yourself away from Pokemon Go.
Posted by Michael Offutt, Phantom Reader at 12:06 AM