Why do we have such a strong emotional reaction to plagiarism? 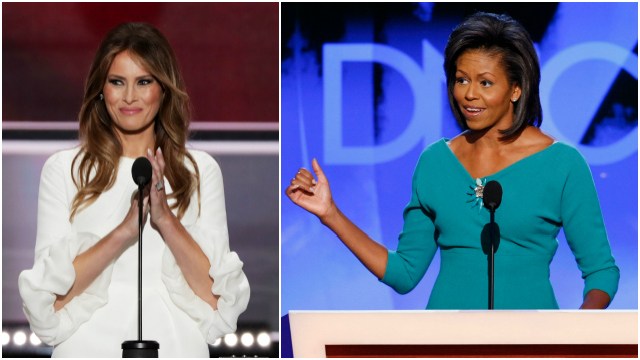 Earlier this week, Melania Trump's speech writer (and her by proxy) plagiarized parts of Michelle Obama's speech that she gave to democrats eight years ago at the Democratic National convention. When news of this broke, basically the internet lost its collective mind. I'm no republican and no fan of Trump, but it did get me wondering why (as a society) we despise plagiarism.

Here's what I worked out in my head. Plagiarism is stealing, just like someone helping themselves to something in your house. It's walking right in, grabbing a television, or grabbing your favorite console gaming device, and walking out the door with it. It makes sense to feel victimized (if you are the victim of plagiarism). It makes sense that other people would support you feeling victimized, because they don't want it to happen to them.

But why do we feel this way? Do they feel the same way in communist China? I would think that in a communist country like China that there'd be no sense of ownership when it comes to words (or any other kind of intellectual property). If you go far enough to the left in American politics, you eventually arrive at socialism which then turns to communism in the extreme (if you go far enough to the right you also arrive at fascism). So I started to think...who would be more upset over plagiarism? Those on the left or those on the right? From what I've observed, it seems to be those on the political Left. Those on the political Right seem to be (for the most part) completely okay with plagiarism.

I find this fascinating because the whole journey from the exact middle (between both Republican and Democrat) is a sliding scale to both sides. Technically, as you journey left you should encounter "in degrees" attitudes and biases that signal that a person is "less and less" attached to personal property as it all becomes a kind of shared commune where everyone helps everyone equally and no one person is any more important than another. As you slide to the right, you would encounter people who "more and more" believe that personal property is as important as identity, and this would lead to fear and paranoia that everyone was out there eyeing what was yours (and plotting to rip it from your hands). All of this is just theory by the way.

But this isn't what happened. I suppose all humans are illogical, and it makes no sense to try and put them into boxes (even though that's what my mind sometimes tries to do).

And the fact is that we live in a society that hates thieves. I know I'm no exception. As someone who does place themselves on the political left, I'm just wondering why I have an emotional reaction to plagiarism, and whether or not I feel that way because I was born and raised in America.
Posted by Michael Offutt, Phantom Reader at 12:46 AM

Email ThisBlogThis!Share to TwitterShare to FacebookShare to Pinterest
Labels: plagiarism, Why do we have such a strong emotional reaction to plagiarism