Netflix had a disastrous quarter and I think a lot of it has to do with the fact that "Netflix and Binge" is an unsustainable business model. 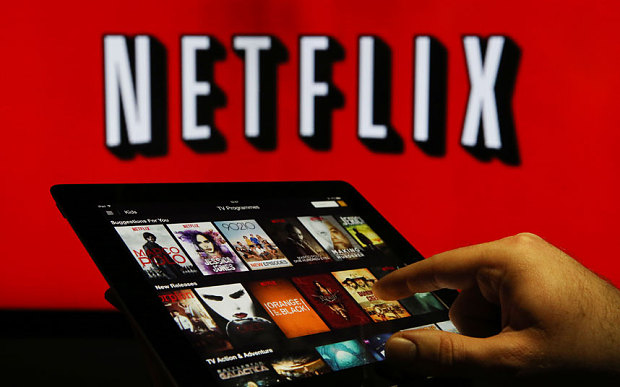 Yesterday on CNBC there was all kinds of speculation as to why Netflix stock is tanking. Most of it has to do with how they are hemorrhaging subscribers. I don't personally have any stake in Netflix, so I feel like weighing in on this topic by observing what I see in my friends.

As a caveat, I don't have any friends with similar tastes at all. I just haven't found any. Everyone I know is as different to me as black is to white. So it's no surprise that I also differ in how I watch my television. I like watching shows that put their episodes out a week at a time, one at a time. Yep...I'm not a "Netflix and binge" kinda guy. I don't mind waiting in lines. I was raised that patience is a virtue and that the best things come to those who wait.

I have a friend that's completely different of course. He prefers consuming everything like gorging at a table and stuffing food down his mouth with a shovel. The faster one can get "through" something, the more time that is left for binging on video games...literally staying up for 48 hours in a row until eyes are raw and body odor is thick. He said (and I think he thought himself "wise" at the moment) that, "Netflix sees how it should be done. They put up the whole season, they put lots of money into it to make it excellent, and then the consumer is rewarded by being able to watch it all at once, free of commercials, and without having to wait." Nevermind that he actually pirates the programming. I suppose it's us (the subscribers out here in "real life" land) that actually pay for things like "Daredevil" and "Jessica Jones." The point that I'm making here is that someone who is completely devoted to consuming content, can do so and basically run out of things to watch before a single month is out (plowing through basically every original series). Then a "pat" on the back ensues because (at most) they paid like $10 bucks if they weren't using a friend's password to begin with, and they proclaim loudly as to what a deal they got.

And yeah...they got a really good deal. But it was a shitty one for the company that will have little incentive to keep producing good content if all they get is ten measly bucks.

Anyway, it's this kind of consumer that is in fact, threatening to destroy Netflix. It may seem brilliant at the moment (for them to load entire seasons up at once), but the fact that Netflix has gone down in subscribers (despite increasing the amount of countries that have Netflix available into the hundreds) is a tell-tale sign that people are binging, and then canceling their subscription (if they even bother to pay at all). So it's an unsustainable business model. They think they can blow billions of dollars on original series and by doing so inspire loyalty in their subscribers. However, human nature is way different. Most humans want to maximize their gains. No one wants to be "taken advantage of" and when a good deal comes along, many will rape the deal to make sure to maximize what they get out of it. So with Netflix, what happens is that people consume and then bail until such time as there is more to consume. Netflix is in fact pouring so much money into their original content, that it has affected their ability to secure series and movies from other sources. As an example, if you maintained your subscription you probably have noticed that Starz bailed on Netflix taking lots of movies with it.

I am not one of those people (and I suppose am in the minority). I realize that if I want to continue to have good content, I need to pay for it. But there are fewer people like me out there all the time, and more people like the friend I just described who "gluttonizes" content and doesn't pay a thing. It'll be interesting to see what changes Netflix makes in the future. Perhaps they're going to have to start releasing shows with only one episode a week. I imagine that will cause yells and screams from people across the world. However, as I see it the other way they've been doing things isn't going to work. It's like that old saying, "Give a man a fish, and he eats for a day. Teach a man to fish, and he depopulates the ocean by making a business that employs low-wage slaves and pollutes the water to maximize his total gain."

Yep, I'm sure that's how that saying goes. If not...the way I wrote it is definitely more accurate.

Email ThisBlogThis!Share to TwitterShare to FacebookShare to Pinterest
Labels: Netflix, Netflix and binge, Netflix had a disastrous quarter and I think a lot of it has to do with the fact that Netflix and Binge is an unsustainable business model