On Agents of Shield Hive is Legion for he is many. 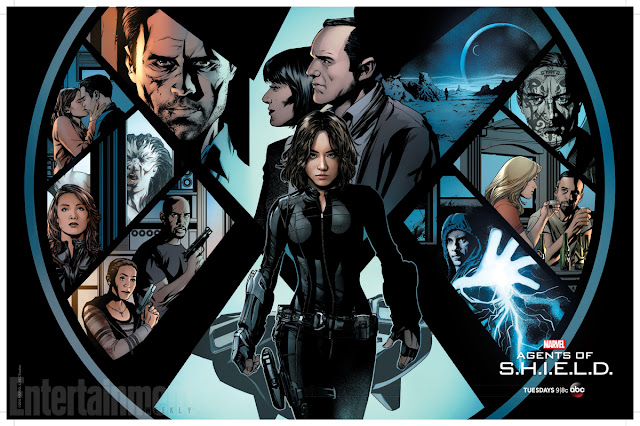 I have to admit, I didn't think that Grant Ward was gonna pay off like he did for Agents of Shield. The twist in having him become a traitor and join Hydra was really interesting. I think it's about that time that I felt the show really took off. But I knew eventually that even Grant Ward with his almost superhuman ability to land kicks, jabs, and punches would get his comeuppance. I also knew that when that happened, they'd have to search for another villain. What I didn't expect was for the show to go back to Ward and have him return as a zombie alien squid-faced thing. And then for him to do even more creepy stuff, like invade Daisy's mind by being able to blow weird mind-controlling particles into her face (called Hive).

I suppose misdirection and suspicion are important quotas to maintain in a show that's about secret agents. And that ending of this week's episode called "The Team" was pretty gut-wrenching. And let's talk about Hive for a moment. The sand blast doesn't directly control the target. Instead it makes them look at Grant Ward (Hive) as their true savior. This is kind of an interesting take on fanaticism. And it certainly makes Hive the most dangerous inhuman because he happens to be every inhuman. "I am legion for we are many" sound familiar? Religion, even in a fictional show like Agents of Shield, continues to fascinate me.
Posted by Michael Offutt, Phantom Reader at 12:08 AM