Supergirl airs on CBS on Monday after Big Bang Theory and I hope it will be good. 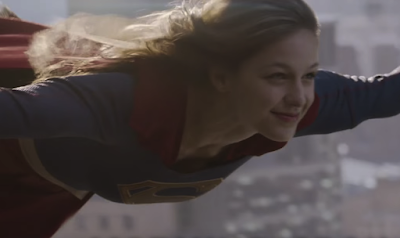 The Supergirl pilot airs Monday on CBS directly after Big Bang Theory. I know the pilot leaked online about six months ago, but I never bothered tracking it down and watching it. Instead, I'm content to wait it out just a few more days and watch it live on CBS. I'm sure it'll be good. Why? Because I trust the showrunner, Greg Berlanti, who is the genius behind the CW's amazing comic book adaptations of Green Arrow and The Flash. Also, I gotta say that I love the idea of Supergirl. She's absolutely got the power to deal with heavy hitter supervillains, and it's going to be different than yet another Superman reboot (which has been done to death).

But there are a few nagging questions that I have. The first is obviously whether or not Supergirl will take place in the same universe as Arrow and The Flash. I think it would be awesome to have crossovers galore on television, but I'm not so sure how CBS would feel about doing that with the CW. Additionally, is Supergirl going to be unapologetically a girl? And if so, will that turn some people off when the character of Kara is in non-superhero mode? And I wonder if there will be any sexist trolls that come out complaining that the actress doesn't feature an "in your face" rack for men to stare at.

Anyway, if you haven't seen the latest tv spot, I'm including it below. Have a great weekend.
Posted by Michael Offutt, Phantom Reader at 8:54 AM

Email ThisBlogThis!Share to TwitterShare to FacebookShare to Pinterest
Labels: Supergirl, Supergirl airs on CBS on Monday after Big Bang Theory and I hope it will be good